2010 first quarter insolvency statistics released - personal insolvency on the up 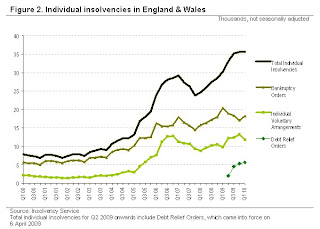