What is on the personal insolvency menu today? IVAs and child maintenance considered 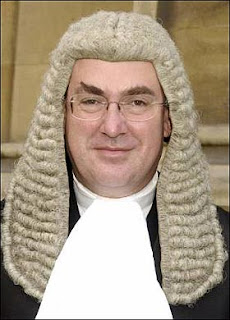 In a recent judgment in the Manchester District Registry of the Chancery Division His Honour Judge Pelling QC (pictured) has neatly summarised the personal insolvency menu that is available to the over indebted individual. It is worth citing here in full. In Child Maintenance and Enforcement Commission v Beesley [2010] EWHC 485 (Ch), a case which concerned child maintenance arrears and IVAs, the learned judge notes:

"There are three possible regimes to which resort can be had in circumstances of personal insolvency; bankruptcy, Debt Relief Orders and the IVA regime. In relation to Debt Relief Orders ("DRO") [a new low cost regime introduced by the Tribunals Courts and Enforcement Act 2007 from 24th February 2009 by the insertion into the IA of a new Part 7A], an individual who is unable to pay his debts may apply for a DRO in respect of his "qualifying debts". A "qualifying debt" is defined as being a liquidated sum payable either immediately or at a certain future date that is not an "excluded debt" see IA, s.251A(1) and (2). Any obligation arising under a maintenance assessment under the CSA is an "excluded debt" for the purposes of IA Part 7A see r. 5A.2(a) of the Insolvency Rules 1986 ("IRs"). In relation to bankruptcy, although such arrears are a "Bankruptcy debt" by operation of IA, s.382(1)(a) and s.382(4), such arrears are not provable in the bankruptcy see IRs, r.12.3(2) - and (absent a direction from the Court) discharge from bankruptcy does not release the bankrupt from any bankruptcy debt arising under a maintenance calculation made under the CSA see IA, s.281(5)(b). Since arrears are not provable IA s.285(3) is of no application and thus the making of a bankruptcy order does not preclude the making of either a DEO or an application for a liability order.

8. In relation to IVAs the position is different. The regime is contained in IA, Part 8. The basic principles are not controversial between the parties. Where a debtor wishes to enter into an IVA he must submit details of his proposal and a statement of affairs to an insolvency practitioner see IA s.256(2) (where an interim order has been made) and s.256A(2) (where no interim order is made). The statement must include all "× his debts and other liabilities ×". Since by IA s.382(4), "liability" means "× a liability to pay money or money's worth including any liability under any enactment any liability for breach of trust, any liability in contract, tort or bailment and any liability arising out of an obligation to make restitution" it is common ground between the parties that on any view the debtor must include any child maintenance arrears in his statement of affairs. Once the nominee has reported to the court that a creditors meeting should be convened, the nominee is required to convene such a meeting on the date and at the time and place specified in the report see IA, s.257(1). The timing of the meeting is prescribed by IRs, 5.17(1) and in a case where no interim order has been made must take place not less than 14 days or more than 28 days from the date when the report was filed with the court. The persons required to be summoned to the meeting are "× every creditor of the debtor of whose claim and address the person summoning the meeting is aware" see IA s. 257(2).

9. At the meeting, every creditor to whom notice has been given is entitled to vote see IRs 5.21(1). In order for a proposed IVA to receive approval there must be a majority of three quarters by value of those voting either in person or by proxy see IRs, r.5.23(1) unless more than half by value of those voting who are not associated with the debtor vote against the resolution - see IRs r.5.23(4). If approved, then (subject to any challenge under IA, s.262) the IVA becomes binding on every person who was entitled to vote or would have been entitled to vote if that creditor had received notice of the meeting as if that creditor was a party to the arrangement see IA s.260(2)(b). Thus if the Applicant is to be regarded as being a creditor then the IVA (if and when approved) becomes binding on it whether or not it had notice of the meeting or if it had notice whether it voted or not.

10. The meaning of "creditor" in this context receives only a partial definition being that to be found in IA s.257(3). This definition applies only to "× the creditors of a debtor who is an undischarged bankrupt ×". Mr Whyman is not and was not at any time material to these proceedings an undischarged bankrupt so that this definition does not assist directly. However, the creditors of such a person are defined as being those who are creditors of the bankrupt "× in respect of a bankruptcy debt". It was common ground between the parties before me that arrears of child support maintenance are a "Bankruptcy debt" within the meaning of IA s.382 because such arrears are a "× debt or liability to which he is subject at the commencement of the bankruptcy", because IA s.382(4) defines "liability" as including a liability under any enactment and because IA s.281(5) impliedly treats such arrears as being "bankruptcy debt". The fact that the definition within IA s.382 is of the phrase "Bankruptcy debt" rather than "bankruptcy debt" is not significant in my judgment as is apparent from use of the lower case "b" in IA,s.383(1)."