Lord Brown of Eaten-under-Heywood - his contribution to insolvency law - "Perhaps all is fair in insolvency litigation no less than in love and war." 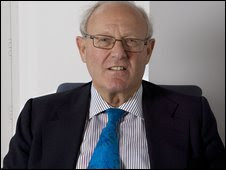 The Right Honourable the Lord Brown of Eaten-under-Heywood PC (pictured) celebrated his 73rd birthday last Friday. This happy event provides a convenient opportunity to visit his contribution to insolvency law. As Mr Justice Simon Brown, Lord Justice Simon Brown, and finally, Lord Brown of Eaten-under-Heywood, (and now a Supreme Court Justice), Lord Brown has delivered a number of important judgments and opinions that touch on the insolvency jurisdiction. The most important has to be the judgment he delivered in Regina v Lord Chancellor, ex parte Lightfoot [2000] 2 W.L.R. 318, [2000] Q.B. 597, where he was able to say:

"Some 20,000 bankruptcy orders are made each year. Over half are made on petitions presented by the debtors themselves, people unable to pay their debts. The benefits of such orders are plain. Their immediate effect is to release the debtor from importunate creditors, from the bailiffs' knock on the door. In the longer term (after three years) the bankrupt will generally be discharged, released from all his debts. Such petitions can only be presented, however, on payment of a deposit (since 1994, £250) as security against the fees which the official receiver will incur, once the order is made, in examining the debtor's affairs and administering his assets. No one, however indigent, is exempt; there are no circumstances in which the deposit may be remitted."

The nature and function of bankruptcy has changed since the learned judge handed down this judgment. His exposition of the jurisdiction, its history and development, and the importance of debtors' contributions to the costs of the administration of the bankruptcy regime is still nevertheless an important contribution on access to the bankruptcy regime. One of my favourite Lord Brown cases includes a magnificent turn of phrase. In Re Casterbridge Properties Ltd (in liquidation) [2003] EWCA Civ 1246, [2004] 1 W.L.R. 602, Lord Justice Simon Brown (as he then was) observed:

"I have found myself truly shocked by the lengths to which this applicant has been prepared to go to avoid a public, or indeed any other, examination into his knowledge of and dealings with Casterbridge Properties. Perhaps I should not have been. Perhaps all is fair in insolvency litigation no less than in love and war. But to promote an application to the courts of St Vincent to declare that the applicant would be in contempt there were he to obey this court's order, when a release from the St Vincent court order theoretically putting him at risk of such contempt is his for the asking, quite aside from his transparent twelfth-hour efforts thereby once again to postpone the hearing of these appeals, strikes me as in the highest degree disingenuous, and for my part I strongly deprecate it."

"At one point in the argument I wondered whether s.216(2)(b) applied in the case of companies within the same group of companies as opposed to the case of a phoenix company as that concept is ordinarily understood: the use of a new successor company, often trading under the same or similar name, using the old company's assets, often acquired at an undervalue, and exploiting its goodwill and business opportunities. It became plain, however, that the provision is no less applicable in the case of group companies than phoenix companies. Indeed, certain of the exceptions provided for by the Rules (see para.10 of Mummery LJ's judgment) necessarily imply it."

In other judgments, some of which are concurring judgments the learned judge has had occasion to discuss the jurisdiction in its wider sense. For example, in Doreen Tibbs v Islington Borough Council [2002] EWCA Civ 1682 the learned judge noted:

In Inland Revenue Commissioners v Hashmi & Anor [2002] EWCA Civ 981, [2002] B.C.C. 943, the learned judge had occasion to consider transactions at an undervalue. In this context the Lord Justice Simon Brown observed:

"36 To have a transaction struck down under s. 423 of the Insolvency Act the creditor (‘the victim’ in the language of the statute) must satisfy the court that the debtor entered into it ‘for the purpose of’ putting assets beyond the creditor's reach or otherwise prejudicing his interests. Must that be the debtor's (a) sole purpose or (b) dominant purpose or (c) merely a substantial purpose; if the latter, how should the question be approached? As Arden and Laws L JJ have demonstrated, the arguments against the test being one of sole or dominant purpose, and in favour of it being one of substantial purpose, are compelling.
37 Rather more difficult, however, as it seems to me, is the correct approach to that test. At an early stage in the argument I suggested that the question for the judge might be, ‘Am I satisfied that this transaction would not have been entered into (on the facts of the present case, that this gift would not have been made) but for the debtor's wish to put his assets beyond his creditors' (or prospective creditors') reach?’ If, in other words, the judge were to conclude that the gift would or might have been made in any event, then on this approach the creditor's claim to set it aside would necessarily fail. Such an approach assumes that if the gift would have been made in any event, it could not properly be said to have been made for the purpose of putting it beyond the creditors' reach.
38 I became persuaded, however, that this is the wrong approach. Assume, say, that the debtor makes a gift partly out of a wish to avoid inheritance tax and partly to escape his creditors; and assume further that he would have made it in any event purely for inheritance tax purposes. That, to my mind, should not save the gift from being set aside. Escaping the creditors may well, after all, have been a substantial factor in the donor's thinking. No more should a gift, in my opinion, be saved merely because the debtor would in any event have made it to benefit the donee.
39 It therefore seems to me that the test cannot be refined beyond saying that in each case the question to be asked is: can the court be satisfied that a substantial purpose of the debtor's transaction was (putting it in shorthand) to escape his liabilities?
40 I would, however, add this. If in fact the judge were to find in any given case that the transaction is one which the debtor might well have entered into in any event, he should not then too readily infer that the debtor also had the substantial purpose of escaping his liabilities. The judge in the present case, although accepting that the debtor wanted to secure his son's future, found that his dominant purpose was to put the property beyond the Revenue's reach. For my part, I would question whether the evidence entitled him to go quite that far. He was, however, in my judgment certainly entitled to conclude that this was one of the debtor's purposes, and not a negligible one. Such a conclusion was, in my judgment, sufficient to sustain his decision.
41 I too, therefore, would dismiss this appeal."