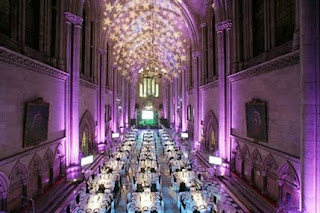 I am a keen student of the CVA procedure (see here and here) the latest vogue procedure in a long line of corporate insolvency trends. Sir John Lindsay's recent decision in Re Energy Holdings (No.3) Ltd (In Liquidation), [2010] EWHC 788 (Ch) in the High Court (pictured) throws the procedure into sharp focus yet again. The case relates to 16 companies in the TXU group and a proposed CVA. During the course of his judgment the learned judge discusses the qualities of a CVA. He notes:

"To go to the CVA, I first make some general observations as this judgment may fall to be considered outside the United Kingdom. CVAs are regulated by the Insolvency Act 1986 (As Amended) (see ss.1-7(b)). The Liquidator of a company may propose that it should be regulated by a CVA (s.1(3)(b)). He summonses meetings of the company and of its creditors (s.3(2)); the creditors then decide whether or not to approve it, with or without modifications (s.4(1)). The chairman of the meeting reports the result to court (s.4(6)); the CVA is then approved - if that is the wish of the meetings - and takes effect generally without any further rôle to be played by the court (s.4A(2)). The CVA then binds those who had been entitled to vote at the creditors' meetings whether or not they did vote (s.5(2)(5), and whether or not the creditor concerned had notice of the CVA. There are challenge possibilities open (s.6) but they were not used here. So the joint Supervisors, namely Messrs. Tucker and Spratt, became such officers (s.7(2)). A creditor dissatisfied with any act or omission by a Supervisor can go to court to obtain directions as to what the Supervisor should do (s.7(3)).
"6. A proposed CVA prepared by those familiar with CVAs is, of course, sought to be couched in terms which the proposers expect will attract support from creditors. There is little point in preparing a CVA which can be seen to be likely not to attract support and a familiar feature in CVAs in complicated cases such as those here in the TXU Group is a proposal that claims against the companies concerned shall be ruled upon not by the ordinary litigation processes of civil litigation (often said to be lengthy and expensive and, in England, as giving rise to a risk of liability not only for one's own costs but for the costs of others) but by a prescribed robust claims procedure as set out in the particular CVA concerned.

7. It is often the case that a creditor, who will sometimes in his accounts have already written down the debt to him by an insolvent CVA company, will rather subject his claims to the arbitrament of an ad hoc independent tribunal of, say, lawyers or accountants than to a court process and so will prefer a process without the full panoply of disclosure, pleadings, cross-examination and so on that civil court proceedings can entail and which may delay ultimate receipt and involve expense. Creditors not uncommonly prefer, say, 12p in the £ in May of one year and at no unforeseen risk as to costs to, say, possibly 60p in the August two years later, with that latter being determined in court proceedings that might involve possibly paying some other side's costs. Particularly some such robust process is likely to attract the support of creditors where it can be seen that all of them within appropriate classes will be made subject to the same determining process so that none can steal a march on the others and none is set at an advantage which the others cannot obtain."

"...If the IP can get in early enough, often the business, or parts of the business, can be saved by insolvency procedures such as administration or Company Voluntary Arrangements (CVAs). Two million jobs equates to around 7% of the working population. Also an overlooked part of our role is helping businesses and individuals avoid insolvency in the first place...The earlier a company director faces up to their financial problems, the better the diagnosis is going to be."