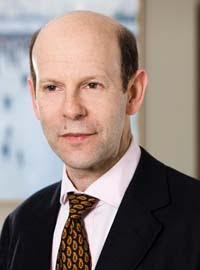 "(1) If in the course of the winding up of a company it appears that any business of the company has been carried on with intent to defraud creditors of the company or creditors of any other person, or for any fraudulent purpose, the following has effect.
(2) The court, on the application of the liquidator may declare that any persons who were knowingly parties to the carrying on of the business in the manner above-mentioned are to be liable to make such contributions (if any) to the company's assets as the court thinks proper."

At paragraph 8 of his judgment Roth, J goes on to note that the case concerned:

"...VAT fraud of the kind often described as "carousel" fraud, although in this case it is of a rather simpler nature that is referred to as "missing trader fraud". In essence, it is alleged that the Company was engaged in purchasing high-value computer processing units ("CPUs") for importation into the United Kingdom from Germany. As the export from Germany was within the EU, no VAT was payable on that purchase. The Company then rapidly re-sold these goods within the United Kingdom at a price including VAT. By a series of transactions conducted within a very short timeframe, the Company rapidly accrued a large VAT liability. But that VAT was never paid to HMRC and before HMRC could discover the fraud and intervene, the proceeds of the resale largely disappeared and the Company remained as a hollow shell unable to pay the VAT due."

In relation to s.213 IA86 the learned judge continued:

"Since the only transactions in which the Company was engaged over this short period would have been carried out at a loss if VAT had been duly accounted for to HMRC, I can readily conclude that the Company's business was carried on with intent to defraud a creditor or with a fraudulent purpose within the terms of section 213(1): see Re: L Todd (Swanscombe) Limited [1990] BCLC 454. On that basis, section 213(2) is engaged. This involves consideration as regards each respondent whether he (a) participated in the carrying on of the business of the Company in that way; and (b) did so "knowingly": ie with knowledge that the transactions in which he was participating were intended to defraud HMRC: see Re: BCCI [2003] EWHC 1868 (Ch), [2004] 2 BCLC 236 at [243]. The question of what is required by "knowledge", in the context of the test for dishonesty in a civil statute, was considered by the Privy Council in Barlow Clowes Limited v Eurotrust Limited [2005] UKPC 37, [2006] 1 WLR 1476. Lord Hoffmann there stated (at [10]):

"Although a dishonest state of mind is a subjective mental state, the standard by which the law determines whether it is dishonest is objective. If by ordinary standards a defendant's mental state would be characterised as dishonest, it is irrelevant that the defendant judges by different standards."

And later in the judgment he explained further (at [15]):

"It is well established that it is no defence to say that one declined to ask questions, when the only reason for not doing so was an actual appreciation that the answers to those questions would be likely to disclose the existence of a fraud. But liability in such cases depends upon that stage of consciousness having been reached. ... [O]ne needs to be careful to draw a distinction between a conscious appreciation of the true nature of the business being carried on and a failure, however negligent, to appreciate that fraud was being perpetrated. ...The essentials of what is required in order to establish so-called 'blind-eye' knowledge are set out in the speech of Lord Scott of Foscote in the recent decision of the House of Lords in Manifest Shipping Co Ltd v Uni-Polaris Shipping Co Ltd [2001] UKHL 1,[2003] AC 469 at [116], where Lord Scott says:

'In summary, blind-eye knowledge requires, in my opinion, a suspicion that the relevant facts do exist and a deliberate decision to avoid confirming that they exist. But a warning should be sounded. Suspicion is a word that can be used to describe a state of mind that may, at one extreme, be no more than a vague feeling of unease and, at the other extreme, reflect a firm belief in the existence of the relevant facts. In my opinion, in order for there to be blind-eye knowledge, the suspicion must be firmly grounded and targeted on specific facts. The deliberate decision must be a decision to avoid obtaining confirmation of facts in whose existence the individual has good reason to believe. To allow blind-eye knowledge to be constituted by a decision not to inquire into an untargeted or speculative suspicion would be to allow negligence, albeit gross, to be the basis of a finding of privity.'"

I think that the more important aspect of this case is the consideration of liability under s.213 and how it may be apportioned between directors. Counsel could find no authority on the point and Goldfarb v Charalambous is the first HC decision.
13 April 2010 at 01:41