A bit or argy bargy in the scrum!! (on the question of pre-packs) 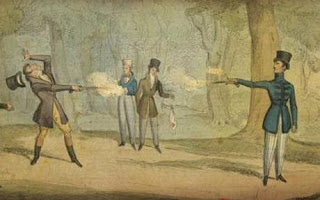 On the same day that His Honour Judge Purle QC has handed down a judgment on pre-pack administrations, the Association of Business Recovery Professionals (R3) have fired a salvo at the Insolvency Service on the very same topic. Don't tell them your name Pike!! Before moving to the crossing of swords controversy let us consider Judge Purle's comments in Johnson Machine and Tool Co Ltd & Anor, Re [2010] EWHC 582 (Ch) particularly as they relate to the dispute between the IS and R3.
The learned judge notes that the case revolves around whether it is appropriate to order that the pre-appointment costs of an insolvency practitioner in the case of a "pre-pack" administration be treated as an administration expense. In relation to the qualities of pre-packs he notes:

"The legitimacy of pre-packs and the jurisdiction to make an order allowing pre-appointment costs are not in doubt: see re Kayley Vending Ltd [2009] BCC 578. The jurisdiction, as that case demonstrates, is a discretionary one, founded not on any right of the applicant to treat the pre-appointment costs as his costs of the application, but on the discretionary power of the Court under para 13 of Schedule B1 of the Insolvency Act 1986 to make "any other order which the court thinks appropriate...There are many cases in which it is not clear one way or the other where the balance of advantage as between creditors and purchasing directors lies. In the present cases, there was evidence before the Court demonstrating compliance with SIP 16 (the details and significance of which are lucidly explained by Judge Cooke in the Kayley Vending case) and I was satisfied that the proposed administration and pre-pack would be reasonably likely to result in a somewhat better result for creditors as a whole than would be the case in a winding-up, though the outlook was still bleak for unsecured creditors, who would receive a modest return on a best case scenario in each case. The return would nevertheless be better than in a liquidation, not least because of the elimination of employee claims, as employees would continue to be engaged in the ongoing business which was being sold. However, in applying the test advanced by Judge Norris, a different comparison is called for. What the court is called upon to compare is whether the advantage to the purchasing directors in retaining a business shorn of debt is clearly outweighed by the advantage derived by creditors from the pre-pack. Where the directors (or a company which they control or have a substantial connection with) are the purchasers, it is rarely possible to establish clearly that the balance of advantage is in the creditors' favour. As the onus is in my judgment on those seeking to treat pre-appointment costs as administration expenses to justify the appropriateness of that course, I did not consider it right to add what would appear to many creditors to be insult to the injury already suffered by them by subjecting them to the burden of such costs."

Now let us move to a consideration of the Insolvency Service press release that has caused R3 such chargrin. The IS press release is entitled: "Business Minister announces consultation on boosting confidence in pre-packs." It notes:

"Business Minister Ian Lucas has today announced that the Government will shortly consult on tough new measures to boost confidence in the ‘pre-packaged’ administration process, including possible changes to the law.
The announcement came after a report from the Insolvency Service revealed that the rules designed to build confidence in the system, Statement of Insolvency Practice 16 (SIP16), were not being adequately complied with by insolvency practitioners in more than a third of cases.
Ian Lucas said:“Pre-packs are a good option for some companies when they get into difficulty as they can preserve value and jobs.
“But I’m very concerned that the appropriate information to justify the pre-pack is not always being provided. It is crucial that business and the public have confidence in the insolvency regime and that pre-packs are being used responsibly and appropriately. We will be consulting as soon as possible on a range of new measures.”

Some of the options that will now be considered may include:

putting SIP16 on a statutory footing with penalties for non-compliance;
following a pre-pack administration, provision for automatic scrutiny of the directors’ and administrators’ actions by the Official Receiver (a trusted and independent public official);
making it impossible for the person advising on a pre-pack to become the administrator; and
requiring court or creditor sanction for pre-pack deals involving connected parties

The Minister also called on interested parties including insolvency professionals to respond to the ongoing consultation from the Joint Insolvency Committee (JIC) on whether SIP 16 is providing creditors with a detailed justification and explanation of pre-packs."

"Insolvency trade body R3 challenges the Insolvency Service’s reporting on pre-pack compliance rates, claiming it is issuing misleading figures. The Insolvency Service claims that more than a third of cases in the last six months were deemed to be non-compliant when in fact just 7% were referred to the Regulatory Bodies (RPBs) for possible sanction.

“It is irresponsible reporting by the Insolvency Service to claim that over a third of cases were judged to be non-compliant when as few as 7% were considered suitable for potential disciplinary action. Why didn’t they refer a third of the cases to the regulators? The insolvency profession is unlikely to ‘build confidence’ in pre-packs when a key part of the insolvency industry is engaging in scaremongering.

“We appreciate that there is no room for complacency. We call on the Insolvency Service to assist insolvency practitioners by providing greater clarity on what they expect from a SIP 16 report and to work with IPs to report honestly on pre-packs.

“Despite numerous requests from practitioners there are still no ‘pro-forma’ examples of SIP 16 reports for insolvency practitioners to follow. Moving forward, the Insolvency Service should report with greater transparency on compliance rates and avoid misleading language that reinforces negative preconceptions,” concluded Peter Sargent.

The Insolvency Service’s own report states there have been ‘significant improvements’ in the ‘quality and timeliness of information’ which is not reflected in their press release. SIP 16 has only being running for a year, with clear guidance only coming from the Insolvency Service at the end of October 2009.

“Two months is not long enough, so let’s give this system a proper chance,” added Peter Sargent. “We welcome a consultation on pre-packs in order to engage with the Insolvency Service and work together to address concerns.”

R3’s research shows the clear benefits of pre-packs in saving jobs and delivering greater returns to secured and unsecured creditors in an insolvency situation. R3 is concerned these benefits will get lost in the noise over pre-packs during a time when the economy is still fragile. Peter Sargent concluded:

“During this recession, when a business is on the brink of collapse, options are limited and a pre-pack can be the only solution to keep at least part of the business alive and avoid liquidation. If the Government agency continues to discredit pre-packs, jobs and businesses will suffer by not having this rescue option available.”

R3’s recommendations to the Insolvency Service:

The Insolvency Service should use appropriate terminology when reporting on SIP 16 to avoid encouraging misconceptions over compliance levels.

The Insolvency Service should provide more detail on the level of competence and training of officials checking SIP 16 reports, in order to ensure they are sufficiently qualified to do the job.

The Insolvency Service should actively support the profession
by making available information that would help practitioners comply better with
SIP 16 - for example, the number of reports that are found non compliant under
each of the categories identified the SIP.

Breaches of SIP 16 should be treated with appropriate severity.

Confidence should be encouraged through increased Insolvency Service enforcement activity in other areas, such as disqualification of blameworthy or incompetent directors. "

En guarde! For my part I am wondering why the majority are being penalised for the minority?
Picture Credit: http://i.telegraph.co.uk/telegraph/multimedia/archive/01428/pistols_1428753c.jpg