Bad day for football clubs in the insolvency sense - glumness all round! 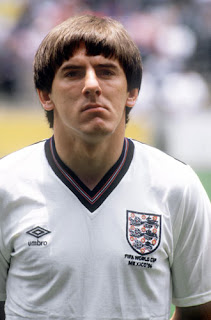 Football club insolvency is with us in a big way at the moment it seems. Fans will be forgiven for feeling as glum as Peter Beardsley (pictured - who for the avoidance of doubt is not insolvent!) Why the glumness? No less than four clubs are brushing up against the insolvency laws today. Chester City FC, Cardiff City FC, Portsmouth FC, and finally, Southend United FC, are all reported as having insolvency issues today, some terminal. In relation to Cardiff we are told that whilst granting an eight week adjournment today in the St Thomas More Building the Registrar noted:

"On the face of it this company is not able to pay its debts as they fall due.

"The only basis, I'm being told, on which there is a prospect of this being resolved is through a third-party investor, but there is no evidence before the court.

"However, I take note that it is only the second hearing. I will grant an adjournment for 56 days and that is for settlement in full."

Southend United FC have also received an extension to pay their debts. More worryingly on the Chester City site it is noted:

"Rumours of a last-ditch tax payment proved unfounded as Chester City Football Club (2004) Ltd were [sic] this morning wound-up in the High Court in London. The club had no representation in court.

"The hard work of starting a community based Phoenix Club through CFU, and hopefully with the support of the local council and business, now gets underway."

In the context of insolvency 'phoenix' is perhaps not the best turn of phrase but we wish the club and their supporters well! In other news eighty-five (85) of Portsmouth FC's employees have also been made redundant today according to Auntie.