Lessons from R3 that would offend the 2nd Earl of Rochester 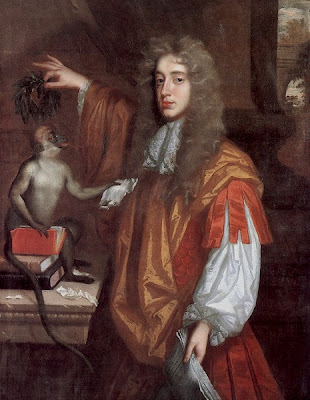 In a pre-christmas missive that would be an affront to John, the second Earl of Rochester (pictured), the Association of Business Recovery Professionals (R3) published the results of an interesting survey on drinking and debt. The survey will be of interest to policy makers and students alike. Here is the substance of the research:

"One in three young people (34%) say they’ve spent more on evenings out than they originally set out to this year as a result of consuming alcohol, according to research released today by insolvency trade body R3.

The research, which looks at alcohol-induced spending among 18-24 year olds over the last year, also finds that one in ten young people (13%) have woken up without remembering how much they’ve spent the night before and one in five (18%) admit to thinking ‘who cares about money – I’ll deal with it another day!’. The research suggests that buying luxury drinks and spontaneous meals may account for impulsive purchases.

The research finds that among 18-24 year olds, in the last twelve months:

Tips to avoid drink-fuelled spending in the festive season: