Use of Schemes of Arrangement by Foreign Businesses - breaching the dyke? 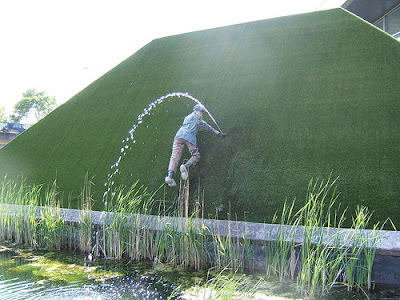 As Ho has shown, foreign insurance companies have increasingly resorted to solvent schemes of arrangement as a speedier exit strategy to finalise their run-off requirements while they are still solvent.[1] This was highlighted in DAP Holdings N.V. and others[2] where it was held that the court had jurisdiction to sanction a scheme of arrangement under Section 425 of Companies Act 1985 in respect of 17 Dutch insurers and one Dutch reinsurer. None of the companies had their centre of main interest (COMI) in England and Wales. The Section empowers the court to sanction a compromise or arrangement between a company and its creditors or member and a company was defined as any company liable to be wound up under the Companies Act 1985.[3]

In the DAP case eighteen companies applied for approval of their respective schemes of arrangement. The High Court sanctioned a solvent scheme which made the case significant because it was the first scheme to be sanctioned since Re British Aviation Insurance Co,[4] in July 2005, where the court declined to sanction a solvent scheme of arrangement. Moreover, the case is also the first English judgment to consider the court’s jurisdiction to sanction a scheme for non-UK EU companies, in light of recent EC legislation. This will assist other foreign insurance and reinsurance companies outside the UK that have written London market business and are looking to promote schemes of arrangement in England as an alternative to running-off their books of business.

The fact of the DAP case

Dutch Aviation Pool (DAP) was formed by 18 Dutch insurance companies and was managed by DAP holding, which also participated in the pool. The other 17 insurers, who were all solvent, ceased participating in the pool on 31 December 1996. DAP Holding continued to write business wholly for its own account for consistent four years before it went to a run-off. Therefore, the DAP scheme was a mixture of solvent schemes for the 17 solvent pool members, and an insolvent scheme for DAP Holding, which was, technically speaking insolvent, despite the fact that it was not in any formal insolvency process.

A scheme of arrangement had been used in Re British Aviation Insurance Co to terminate the run-off part of the company’s insurance and reinsurance business. It was argued by the creditors opposing the scheme that the creditors with incurred but not reported (IBNR herein after) claims should have formed a separate class for voting purposes, rather than being grouped together with other creditors to consult together in a single meeting followed by the court’s agreement.

It was held that the company had not called the right number of class meeting, and refused to sanction the scheme. The DAP scheme was revised after the Re British Aviation Insurance Co case by emphasising three important points: first, there were two separate classes of scheme creditors for the 17 solvent insurers, namely creditors with IBNR claims and with non-IBNR claims; secondly, since DAP holding was technically insolvent, there was no need for a separate class of IBNR creditors for DAP Holding.

The restriction of Section 425 of the Companies Act 1985 was not just to companies incorporated under the Companies Act 1985. A UK scheme can be sanctioned for non-UK companies so long as it is liable to be would up as an “unregistered company” under Section 221 of the Insolvency Act 1986 on condition that there is “sufficient connection” with England. However, the “sufficient connection” test is a matter of discretionary exercise of jurisdiction rather than a question of the existence of the jurisdiction itself.[5] Among other factors the English courts will consider other factors including issues on whether the company carried on business in the UK through a business presence in England of operated in the London market or has a UK based creditors or UK based assets or even whether the company underwrote policies governed by English law.

The impact of the case

The decision in DAP case demonstrated that the case law on solvent schemes of arrangement for insurance and reinsurance companies is in a period of change towards the clear legal position for anyone seeking to formulate an insurance or reinsurance scheme. Traditionally, the company in question must have its COMI within the EU and must be not be a credit institution, an insurance understanding, and investment undertaking holding funds or securities for third party, or a collective investment undertaking in order to fall within the cope of the EU Insolvency Regulation.

The English court will have jurisdiction under Insolvency Act 1986 to wind up a company only if the company has it COMI or establishment in the UK where the EU Insolvency Regulations applies. However, this proposition does not sit well with the decision in DAP case which appears to be inconsistent with a prior decisions in Re Drax Holdings[7] and a subsequent decision in Re Sovereign Marine & General Insurance[8].