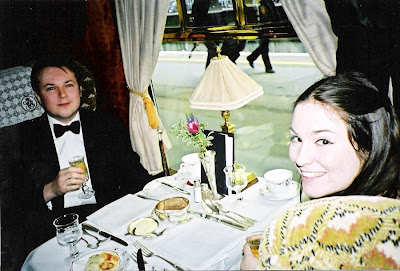 The figures emerged as the Chancellor faces intense pressure to outline in his pre-Budget
report on Wednesday exactly how he plans to reduce Britain's bulging deficit, which is expected to climb to about £180bn this year.

John Penrose, the shadow business minister, said: "We're in the longest recession since records began and 51 of our businesses are going bust every single day. Mandelson's Business Department should be doing all it can to support our businesses and economy, not using taxpayers' money to treat officials in the Insolvency Service to first-class travel."

A spokesman for the Department for Business said: "In common with other parts of the civil
service, staff at certain grades are entitled to first-class travel at the Insolvency Service. "In most cases this entitlement is not used and staff use more economical means of travel. Between 2006/07 and 2008/09 staff travel has increased due to more cases being handled by the
service."

This is tough medicine for the Insolvency Service to take. It certainly must taste more sour than the soft rolls and wine provided in first class (pictured). First class travel on trains can actually be quite cheap if you book in advance. Mr John Penrose MP seems to be on safe ground in terms of expenses critique. A brief perusal of previous editions of the Daily Telegraph idicates that he was not, it seems, investigated by the Daily Telegraph when they looked at MPs' Expenses. He has claimed travel expenses in the past. His travel expenses are as follows: