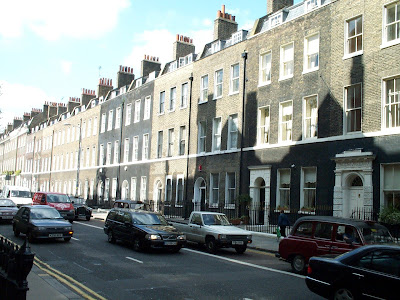 The Insolvency Service (a view from their Bloomsbury Street headquarters is provided on the right) have launched another evaluation exercise. The subject matter is the Cross-Border Insolvency Regulations 2006 (SI 2006/1030). Responses are required by 31 December 2009. As the Insolvency Service note:
"The Cross-Border Insolvency Regulations 2006 (“CBIR”) came into force on 4 April 2006, implementing in Great Britain the main measures of the UNCITRAL Model Law on cross-border insolvency adopted in 1997. The Model Law is designed to assist counties to equip their insolvency laws with a modern, harmonised and fair framework to deal with insolvencies that have an international dimension. Some of the key features of the Model Law as set out in the CBIR are to:-

- set out the effects of recognising foreign proceedings and the relief available to a foreign representative;

- give foreign creditors the same rights regarding commencement of, and participation in, British insolvency proceedings as domestic creditors;

- protect the interests of local creditors, the debtor and other affected persons;

- facilitate the coordination of concurrent British and foreign insolvency proceedings;

The Insolvency Service is seeking views on a number of areas. These include:

"1) In general, do the Cross-Border Insolvency Regulations 2006 (“CBIR”) work satisfactorily and, if not, what changes would you suggest?

2) What use have you made of the CBIR? (Please give examples)

3) Are there any reasons why the CBIR may not be being used more widely?

4) Are you aware of any specific improvements in the conduct of cross-border cases which have been made possible by the CBIR, or its counterpart in a foreign state, which were not achievable under the law as previously in force? (If so, please give examples)

5) Are overseas cases being properly recognised in the UK?

6) Are UK insolvencies being properly recognised in other jurisdictions that have adopted the UNCITRAL Model Law?

7) Are there any tensions between the CBIR and other provisions available in cross-border cases, such as the EC Regulation on Insolvency Proceedings or section 426 of the Insolvency Act 1986?

8) Have the Regulations had any impact on “forum” shopping?"