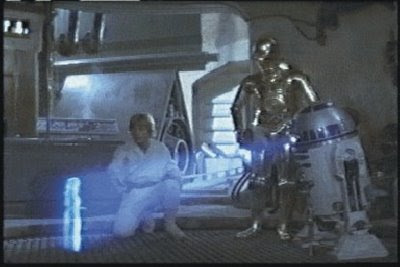 I have returned from the Insolvency Service's (IS) one day Insolvency Rules Modernisation Stakeholder Conference at their Bloomsbury Street headquarters. The event was a great success and was particularly noteworthy for the wide participation of, inter alia, Insolvency Practitioners (IPs), solicitors, barristers and academics as well as other interested parties. On the academic front the attendees included Professor Sir Roy Goode QC, Professor Len Sealy, Professor David Milman, Professor Andrew Keay, Professor Adrian Walters, Dr Sandra Frisby and your faithful correspondent! The event was introduced by Mr Ian Lucas MP, the minister at BIS with responsibility for the IS. There then followed three presentations. The first was by Mr Stephen Leinster. He concentrated on the rules modernisation project overview, discussion of e-communications and use of websites themes. Mr Tom Phillips then addressed meetings, remuneration, reporting and pre-administration expenses. The Reverend Mark Smith, a BIS lawyer who is also in charge of implementing the Easter Act 1929 on the standardisation of Easter dates (as Smith noted his title might alternatively have included the terms 'death' and 'resurrection') then completed the day with a discussion of authentication, transmission of forms and other documents and the future of forms. A question and answer session then followed.
In my view a key theme of all of the presentations was an increase in the use of information techonolgy in relation to the modernisation of what will become the Insolvency Rules 2011 (in due course following a partial update in 2010). Both Leinster and Phillips, of the Insolvency Service's policy team, dwelt at length on the use of computer based technologies as the future of insolvency administration in the context of the new insolvency rules. They went so far as to mention virtual meetings, twitter and even holograms (pictured). As Leinster noted this is part of a push towards, "greening insolvency policy" and "trying to achieve greater creditor engagement." Whilst "holographical meetings" may be quite some way off this movement towards greater use of IT is to be welcomed. PWC's Lehman Brothers' website is an excellent example of the sort of information sharing tool that can be utilised to provide information to creditors.
I do think some caution has to be exercised in relation to the use of information technologies especially when one considers the notion of e-poverty, as recently discussed in Ms Martha Lane-Fox's report on Digital Inclusion. She noted that some 10 million people in the United Kingdom have never used the internet. Reverend Smith's contention that, "we all google all the time" is perhaps not borne out by these statistics. Caution must be exercised in this area. All of the speakers did mention the permissive nature of the new paperless reforms, i.e. paper use will be maintained in the short term. This is a very progressive step by the policy makers and ludites should beware! One commentator in the audience did raise the question of incription and digital security. I do not think the answer given sufficiently dealt with the query. It is hoped that this area will be thoroughly addressed.
Ludites might rest easy however in relation to the above IT focused reforms, particularly in the context of forms. From an answer given by a Companies House representative, it seems as if that body will not be turning its attention to the creation of the new documents until some time in 2012. Is this another example of a lack of joined up thinking between government departments? The delay in introducing any farsighted reforms to the insolvency laws, due to another agency's delay, is to be lamented. In terms of creditor consent to communicate via electronic form one barrister respondent pointed out an interesting anomaly, namely, that this consent was required in writing (i.e. on paper). This is indeed a retrograde step especially when viewed against a backdrop of companies which are currently of a class that only communicates by digital means.
Another main area of discussion was raised by Professor Sealy. He queried whether or not the new rules would have retrospective effect. Answers from the policy team seemed to indicate that they would have retrospective effect, except in the case of remuneration. There were a couple of amusing moments throughout the day (not just relating to Easter dating), particularly when Professor Goode was asked whether he was bidding for the chair position of any new Cork type root and branch reform of the insolvency laws! This jest came about due to the learned professor querying whether the IS had been sufficiently imaginative and far reaching in their approach to the reform of the rules. There is no doubt that the IS have been imaginative with their proposed use of IT (holograms and such like). Whether or not too much time has been spent on these issues, as opposed to an examination of the sort of issues Professor Goode raised, is perhaps one charge that some commentators might level.
Picture Credit: http://2.bp.blogspot.com/_l5eIwRjTwdc/SYPEhAL0gXI/AAAAAAAAA1Y/L1RCWnmf7Ug/s400/r2-d2-princess-leia-hologram.jpg