Lehmans - the biggest bankruptcy in history? 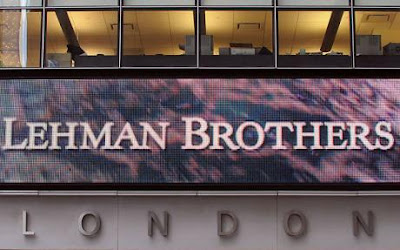 The one year anniversary of the Lehmans' bankruptcy (using American parlance here, the English arm of the bank is of course in administration) has been marked by a rash of media comment (e.g. Financial Times, Daily Telegraph) and television coverage. One of the most interesting features of the whole episode is the PriceWaterhouseCoopers micro-site dedicated to the administration of the English arm of the troubled bank. The site is full of interesting practitioner insolvency material, creditor communication and other documents. See here.
The Lehman Brothers' bankruptcy has also been reported as the biggest bankruptcy in history. It certainly could be accounted the biggest Chapter 11 bankruptcy in history.
Picture Credit: http://i.telegraph.co.uk/telegraph/multimedia/archive/01114/lehman_1114590c.jpg