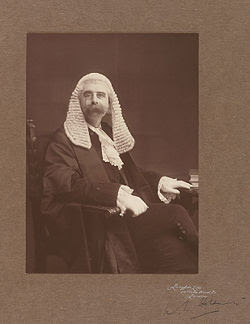 As a result of his recent jaunt to Paris, Professor David Graham QC, has become fascinated with the history of French insolvency law. His researches are beginning to bare fruit as the following extract shows relating to the procedural explanation for rateable distribution to creditors.
Towards the end of the thirteenth century the privilege of the first one to levy execution was no longer applied in all its vigour. The proceeds of the debtor's assets was then divided, in proportion to the amount of the claims, between all the creditors, with documentary support as though they had all carried out their levies at one and the same time.
It is arguable that the law might have gone further so that the debtor should have been dispossesed of all his possessions, so as to prevent his liquidating them in an improvident manner and favouring some creditors at the expense of others.
It was necessary to summon the creditors by means of publicity and to group them into a syndicate or union, so as to arrive at a distribution which was collective; and the procedure had to be regulated upon a basis of the strictest equality.  This is what was done by the statutes of the Italian towns when they borrowed the complex system of execution of the Roman law in order to regulate bankruptcy.
The above procedural explanation for equality of claims in French law is taken almost entirely from Jen Brissaud's History of French Private Law; translated from the original French, this important work was published by Little, Brown & Co of Boston in 1912. The text is supported by numerous references, but with one exception, none are thought to be available in England; hence David justifying a further trip to Paris.
It is worth remembering that at more or less the same time the concept of ratable distribution was known and applied in England, as David has shown in his article relating to the collapse of the Scali Bank (based in Italy but with a branch in London) in about 1325. (see: Graham, D. The insolvent Italian banks of medieval London: Part 1 (2000) I.I.R, 9(2), 147-156, and, Graham, D. The insolvency Italian banks of medieval London: Part 2 (2000) I.I.R., 9(3), 213-231).
David unearthed Brissaud's book in a footnote in volume 8 of WS Holdsworth's (pictured) History of English Law, at page 228. This distinguished legal historian was, David has discovered, extremely familiar with Brissaud since not only was he part of the editorial board responsible for the translation but he provided the work with a remarkable introductory chapter. This can best be described as a modern manifesto for the study of comparative law. Written in Oxford almost a century ago it is still extremely significant and David will be returning to it at a later date when he will also describe other somewhat amusing aspects of old French insolvency law.
Picture Credit: Professor Sir William S. Holdsworth, OM, KC, DCL, HON LL.D, FBA, (1871 – 1944).