Farepak cheques on the way! 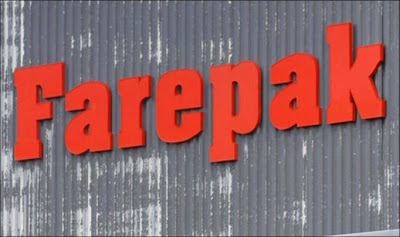 News reaches me from the BBC that the administrators of Farepak have started to send out cheques to creditors of the failed food hamper company. The article notes:

It follows legal arguments after a trust fund was set up shortly before the company went into administration.

Around 6,000 customers and agents have had their claims that they are owed money accepted by the courts.

However the court's ruling will not affect the majority of the 122,000 customers who are only expected to get five pence for each £1 owed.

The cheques are only being sent out by the administrators to those whose claims have been agreed by the court.

It was found the trust had not been set up properly and a court was asked to determine whether the trust existed and, if so, who should get the money.

Swindon-based Farepak collapsed in October 2006, leaving more than 100,000 people out of pocket.

Work is still continuing to secure further money for the benefit of all creditors.

Farepak became a household name across the country when it collapsed, leaving the average customer - often from low-income families - some £400 out of pocket, with some losing more than £2,000.

As well as saving for Christmas food hampers, many people had paid for vouchers they had planned to exchange for presents at High Street shops.

Auditor figures showed that 122,000 customers and agents put in claims for about £38m, but they have been told to expect just 5% of what they are owed."

This article raises a very interesting issue about the interface between the law of trusts and the law of insolvency, areas which have been touched on in this blog before. The law of insolvency can trace its early modern beginnings to the equitable jurisdiction of the Court of Chancery. It is therefore unsurprising to note that throughout the development of the subject of insolvency numerous questions surrounding the law of equity and trusts have percolated through for consideration by jurists and the judiciary, the Farepak case being a recent example. Perhaps the most important impact the law of trusts has on the law of insolvency relates to the effect of trusts on the make up of the insolvent estate, i.e. defining what is property for the purpose of distribution, and perhaps more importantly for lenders, defining what falls outside the insolvent estate. Professor Fletcher's 4th edition of his Law of Insolvency has a thorough examination at paragraphs 26-029 to 26-037.