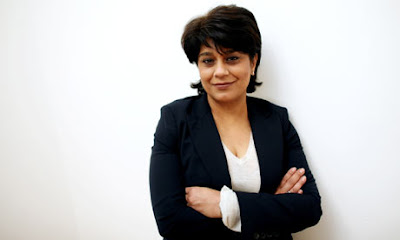 To those of us who like the term bankruptcy to be used in the personal sense when discussing English and Welsh insolvency law, the news that that the Baroness "green shoots" Vadera (pictured) is leaving her post as minister at the Department for Business, Innovation and Skills (BIS) will be welcomed.
Examples of her mis-use of the term bankruptcy are, unfortunately for an enobled minister of state, numerous. But one Telegraph article stands out - “Treasury wants to take the shame out of bankruptcy” (08/03/08) in which Baroness Vadera made a number of comments in her interview with the newspaper which highlighted a rather loose grasp of her ministerial brief. There are two points which stand out.

First, previous statutory attempts to encourage entrepreneurship through modifications to the bankruptcy regime, namely the reduction in the period before automatic discharge from three years to one (Enterprise Act 2002), have not encouraged entrepreneurial endeavour to any meaningful extent. This was shown in research undertaken for the then DTI that was published in 2006. The findings were reported in the Telegraph (07/02/06 and 09/08/06), and The Sunday Telegraph (08/08/06). The very paper she was giving an interview to! The real beneficiaries of this change were arguably consumer debtors.

Secondly, Baroness Vadera notes, “If a small company goes bankrupt it is advertised in all local newspapers – there is a big stigma attached.” As every undergraduate law student knows this is simply incorrect. Bankruptcy is a legal state in England and Wales into which only humans can progress. Companies can progress into other rescue or insolvency procedures such as Administration, Company Voluntary Arrangements, or Liquidation. It is these procedures that receive attention through advertisement as well as bankruptcy. Bankruptcy and stigma are still prevalent (as the 2005 research showed) but is this necessarily a bad thing? There is after all an alternative route out of personal insolvency, the Individual Voluntary Arrangement, that was specifically enacted in 1986 for the benefit of entrepreneurs and professionals.

If the Baroness did in fact mean to refer to publication of an entrepreneur debtor’s bankruptcy then this is entirely different to the insolvency of a company through which that entrepreneur ran their business. Whether or not a reduction in publicity of bankruptcy will encourage entrepreneurship is doubtful. A reduction in the bankruptcy discharge period did not. Many entrepreneurs use companies to undertake business activity because of the benefits of, inter alia, limited liability. The Treasury should be concentrating its efforts on encouraging use of this legal form.

She has also spoken on the stigma of bankruptcy and football clubs, not generally sole traders or partnerships as far as I am aware. Her language deployment in her new role at the G20 will not be closely monitored, unless of course it relates to our subject area!