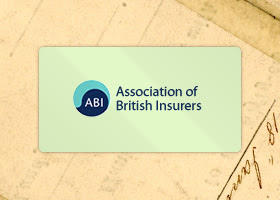 Today is the deadline for responses to the Insolvency Service's CVA consultation. The Independent reported on one response yesterday in an article entitled: "Pre-packs hurt insolvency trade, say insurers - British insurance leaders call for more firms to be allowed to use Company Voluntary Arrangements." The response was from the ABI. Here is the text of the article:

"Large companies should be allowed to use Company Voluntary Arrangements as a way to avoid insolvency, the Association of British Insurers (ABI) has said in a letter to the Insolvency Service.

In the letter to the service's policy directorate, the influential ABI, which represents all the major credit insurers in the UK, called for a widening of the practice, most recently used by Focus, the ailing DIY chain, and the sports retailer JJB.

Under current rules, only smaller firms can use a CVA, a procedure that allows struggling companies to enter into agreement with their creditors, detailing how company debts and liabilities will be dealt with, while allowing the directors to retain control of the company.

The ABI sees CVAs as an alternative to pre-pack administrations, the use of which has soared during the recession. Pre-packing is a practice that allows companies to quickly enter into administration, wipe out debts, dump creditors and be sold on, often to the company's original management. High profile pre-packs include Sir Tom Hunter's USC retail chain and LomBok, the upmarket furniture chains.

Nick Starling, the director of general insurance and health at the ABI, said: "We believe that the reputation of the insolvency industry has been damaged by the practice of pre-packaged administrations and it is likely that future changes to the insolvency legislation will be judged against this background. The ABI supports effective measures to ensure viable businesses remain afloat, and CVAs are a good way of achieving this for many struggling companies."

He added: "Allowing companies to abuse the pre-pack system has damaged the reputation of the insolvency industry. It is essential that any new regime for CVAs be appropriately supervised and the process be both transparent and fair to all creditors."

As well as widening the regime beyond smaller companies, the ABI also called for a court-sanctioned moratorium against creditor action of up to 90 days during a CVA. "We believe that the protection from creditors through a moratorium may reduce the number of pre-pack administrations. The extent of this will largely depend on the willingness of banks to fund CVAs."

Under the terms of Focus's recent CVA, the firm's chief executive, Bill Grimsey, dropped the leases of 38 of the firm's closed stores, worth £12m in rent, in return for offering landlords, including British Land and Land Securities, a share of a compensation pot worth nearly £4m, beside further rate repayments linked to empty stores worth £6m. JJB Sports recently entered into a CVA to stave off administration. It's believed that creditors agreed as the firm offered landlords of its 140 closed stores six months' rent.

The ABI's letter to the Insolvency Service is the second in a month, the first of which called for an overhaul of the pre-packaging system. The ABI said that use of pre-packs was increasing financial distress, while causing serious and unfair prejudice to creditors."