CVAs in vogue as the consultation period nears 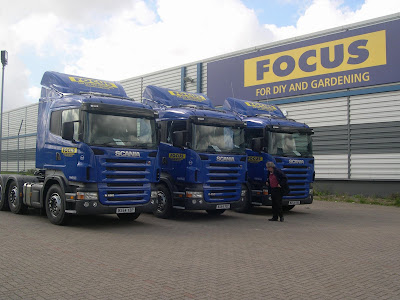 The Guardian newspaper has reported an interesting story on the FOCUS chain of DIY stores, particularly in relation to CVAs. The story is entitled 'Focus DIY in insolvency deal to save 5,000 jobs - Cheshire-based chain needs 75% of creditors to back plan' and notes:
"Creditors of the retail chain Focus DIY are expected tomorrow to approve a company voluntary arrangement (CVA), an insolvency process that will save the retailer from administration and protect 5,000 jobs.

The Cheshire-based chain needs 75% of creditors – mostly landlords – to back a plan put together by the accounting firm BDO Stoy Hayward.

Under the proposal, Focus would drop the leases of its 38 closed stores, worth an annual £12m in rent, and in return offer landlords, including British Land, Land Securities and Aviva, a share of a £3.7m compensation pot, as well as further rate payments linked to the empty stores, a package worth about £6m.

"While the payout is less than the lease values, it's more than they would get if the firm went under," said the British Property Federation, representing the landlords.

Focus also wants the landlords of its 180 trading stores to accept monthly rather than quarterly rent payments until March 2011. The process would also see Focus's lenders – Lloyds Banking Group's HBOS and GMAC – provide a two-year extension to the firm's £50m revolving credit facility, due at the end of this year.

Focus, bought by the US private equity firm Cerberus in 2007 from its rivals Apax Partners and Duke Street, has been struggling for years amid a heavy debt mountain and dwindling sales. If the CVA fails, Focus could enter into a pre-pack administration, where receivers bundle the profitable parts of the company into a new business and sell it a process that usually leaves some creditors, such as landlords, without payment.

"You cannot blame landlords for the failure of their tenants, but at the same time our members are leading the way in changing the face of the industry," said Liz Peace, chief executive of the British Property Federation. "It's a sad fact that some shops have been hit by the rise of the internet and impact of recession and are not going to return to business levels you will only ever see in a boom."

A CVA process also saved JJB, the beleaguered sports retailer, from administration earlier this year. A CVA is a legal procedure in which a company reaches a deal with its creditors about the outstanding debt.

The agreement allows the company to avoid administration, a process that usually drives customers away because of its bad publicity and the presence of administrators, who take over the management of the company. Under a CVA, management run the business and also continue trading. Administration processes also usually lead to job cuts.

"We are starting to see more options available to companies, be that from banks or creditors agreeing to compromise through a CVA," said KPMG restructuring partner Brian Green. "We predict the next two years will be incredibly busy as restructuring professionals pick through the financial knots of thousands of companies in distress.""