Octagon Assets Ltd v Remblance and Another - 27 July 2009, The Times 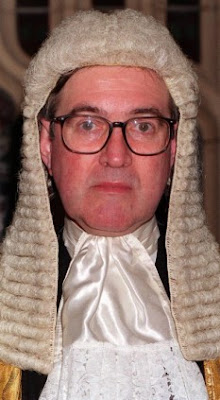 The Times has published the Court of Appeal's (Lord Justices Ward, Mummery and Dyson) judgment in Octagon Assets Ltd v Remblance and Another. Here is the substance of the judgment:

The Court of Appeal so held by a majority, Lord Justice Mummery dissenting, when allowing the appeal of the first defendant, John Remblance, from Mr Justice Mann, who sitting in the Chancery Division on May 23, 2008, allowed an appeal by the claimant, Octagon Assets Ltd, from an order of District Judge Pearce, in Southend on Sea County Court on March 18, 2008, setting aside a statutory demand obtained against him. Octagon sought rent arrears against both Mr Remblance and the JBR Leisure Ltd.

LORD JUSTICE DYSON said that rule 6.5(4)(d) of the Insolvency Rules (SI 1986 No 1925) granted a residual discretion normally exercised in circumstances making it unjust for a statutory demand to give rise to bankruptcy consequences.

It was difficult to conceive of circumstances where ability to pay could be the sole, or principal reason for refusing to set aside a statutory demand, as the judge had found here.

The obligations upon tenant and guarantor were co-extensive, and there were no good reasons for distinguishing between the position in this case and that which would have obtained had the tenant applied under rule 6.5(4)(a) of the 1986 Rules to set aside a statutory demand.