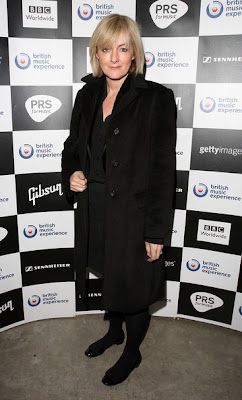 Hot on the heels of the BBC Four documentary "Ray Gosling: Bankrupt" Channel 4 have aired a very interesting documentary on the debt collection industry entitled: "Undercover Debt Collector." The documentary, fronted by Ms Jane Moore (pictured), makes fascinating viewing. It can be viewed here. There are a number of issues that arise from the documentary, not least the idea of balance. Whilst the debt collectors were painted in a rather bad light, perhaps deservedly, there was no objective analysis of the position of the creditor. The exposure of Office of Fair Trading guideline breaches, strange use of the statutory demand process, threats to bankrupt (without CCJ or statutory demands), target culture amongst debt collectors, and "what bankruptcy looks like" segment were all very concerning, especially for policy makers and the legislature.
The critique concentrated on one company, Marlin Financial Services, and a number of their offshoot concerns, namely, Mortimer & Clarke solicitors (who are the solicitors at this firm?) and Bramber Debt Recovery. The inter-relationship between these three separate companies/firms was fascinating, especially in relation to how each is used to pursue the money owed.
Other organisations, or their representatives, featured on the documentary including:
The documentary is well worth a watch! However, one of the most important elements that comes out of the documentary is the potential misuse of the bankruptcy jurisdiction. There is a bankruptcy case on this: In Re Majory, A Debtor, Ex parte the Debtor v. F. A. Dumont LD. [No. 757 of 1954.], [1955] Ch. 600 (per Evershed M.R. , Jenkins and Romer L.JJ.) It was held in the case that there is: