HOBS - What is in a word? The derivation of the term bankruptcy 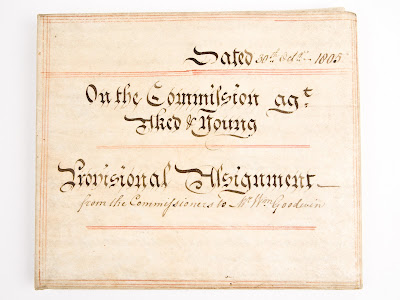 In the second volume of their 1863 work entitled: The law and practice in Bankruptcy: under the provisions of the Bankrupt Law Consolidation Act, 1849, 12 & 13 Vict. c. 106; as amended by subsequent statutes, etc. (two volumes, London, 1863) Doria and Macrae observe:

"it is not intended in these pages to enter upon any elaborate inquiry into the origin of the word "Bankruptcy" as known to our law. That question may be left to antiquarians and philologists, to whom alone it can be interesting; but to the practical lawyer any discussion upon the subject can be of very little advantage. Whether the term "Bankruptcy" owes its etymology to the "bancus ruptus" of the Latin lexicographers, the "banco rotto" of Italy, or the "banque route" of our Gallic neighbours, is of no great importance."

With the greatest of respect I disagree with the learned commentators, perhaps for obvious reasons. I therefore propose to post up my various findings on this interesting and useful subject. I will start in this post with some fundamentals. Blackstone opines that the etymological derivation of bankruptcy is derived from “the word bancus or banque, which signifies the table or counter of a tradesman and ruptus, broken; denoting thereby one whose shop or place of trade is broken and gone; though others rather choose to adopt the word “route”, which in French signifies a trace or track, and tell us that a bankrupt is “one who hath removed his banque, leaving but a trace behind.”[i]  Honsberger opines that the word is derived from, “the Italian “banca rotta” which is literally “bank broken” or “bench broken”. The allusion is said to be to the custom of breaking the table or counter of a defaulting tradesman. This became the symbol of a trader’s failure”[ii] Radin has noted that, “the word bankrupt is a good English word deliberately Latinized from the French” and that the earliest instance in law of the term bankruptcy being used was in 1539 in a State Paper of that year.[iii] These are some foundation contentions. In my following post on this issue I will address the term Roman law term decoctur and its importance in the history of bankruptcy. I will also examine the two main routes for the term.