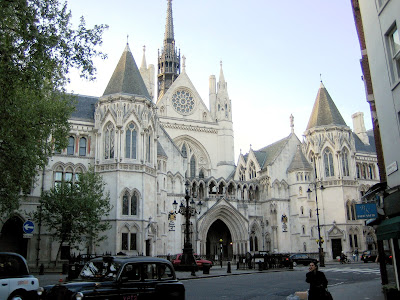 The Telegraph, Solicitors Journal, Daily Mail, and the LondonLite newspaper have reported (Thursday 29th July 2009) that a barrister, Mr Colin Challenger, was arrested yesterday in the High Court following a bankruptcy hearing. The LondonLite article notes:

"A Barrister was taken out of the High Court in handcuffs after being arrested on suspicion of common assault. Colin Challenger had been representing a debtor at a bankruptcy hearing when it was adjourned. Angry onlookers, who apparently believed Mr Challenger's client has wronged them, became upset at the "delaying tactic" as the hearing had already been adjourned on numerous occasions. In a waiting area, one man walked towards Mr Challenger, insulting him, and the barrister is alleged to have put his hands to the man's chest, pushed him out the door and bolted it. Police were called by the man's wife."