The aims of bankruptcy law? An ongoing list for consideration... 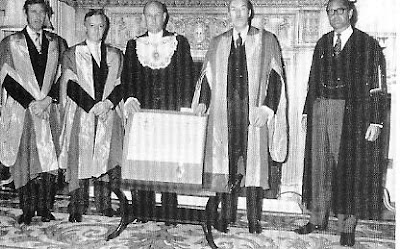 In paragraph 198 of the Cork Report ( The Report of the Review Committee, Insolvency Law and Practice. 1982. Cmnd 8558)  there is listed a set of aims for a good modern insolvency law. These are:

a)     “to understand that the world in which we live depend upon a system based on credit and that system has to deal with insolvency procedure’s casualties;

b)     to detect and treat an imminent insolvency at an early rather than a late stage;

d)     to realise the possessions of the insolvent which should properly be taken to satisfy his debts, with the minimum of delay and expense;

e)     to distribute the proceeds of the realisations amongst the creditors in a fair and equitable manner, returning any surplus to the debtor;

f)      to ensure that the processes of realisation and distribution are administered honestly and competently;

g)     to make certain the effects of the insolvent’s failure and, if and so far as his perform or, in the case of a company, the perform of its officers or agents, merits criticism or punishment, to decide what measures, if any, require to be taken against him or his associates, or such officers or agents;

i)      to maintain possible commercial enterprises capable of making a useful contribution to the economic life of the country;

j)      to relieve and protect where necessary the insolvent from any harassment and undue demands by his creditors. And also taking into consideration the rights of insolvent and his family at the same time to have regard to the rights of creditors.

k)     to offer a framework of insolvency law commanding respect and observance, and still be sufficient to flex for adaptation and deal with the rapidly changing global conditions, and which is also:

a.     seen to produce practical solutions to commercial and financial problems

b.     simple and easily understood

c.      free from anomalies and inconsistencies

d.     capable of being administered efficiently and economically.”

The Cork Committee are not alone in their promulgation of the aims of an insolvency law. For example, the IMF (Orderly & Effective Insolvency Procedures. International Monetary Fund, Legal Department, 1999) has given the following ingredients:

“(1) the absence of orderly and effective insolvency procedures can exacerbate economic and financial crises;

(2) the design of an insolvency law needs to take into consideration the capacity of the judiciary;

(4) the first overall objective is the allocation of risk among participants in a market economy in a predictable, equitable and transparent manner;

(8) the second objective of an insolvency law is to protect and maximize value for the benefit of all interested parties and the economy in general;

(9) with respect to the financial sector, an effective insolvency law enables financial institutions to curtail the deterioration of the value of their assets by providing them with a means of enforcing their claims;

(10) reduce the public cost of the crisis;

(11) mandatory rules, when precisely formulated, give legal certainty to the parties and avoid litigation.”

A number of authors have also stated aims of a bankruptcy law. These will be gradually uploaded onto this post. Here are some to start off:
Here are some aims/qualities from me:

3. Rehabilitation and relief qualities and mechanisms

4. Measures to ensure individuals do not engage in irresponsible credit use

5. Fetters on credit use during an insolvency procedures currency

6. Divesting the bankrupt of control of their estate for a period of time

7. Procedures to claw back any assets that have been disposed of in fraud of creditors

8. Fresh Start mechanisms
Please feel free to add your own aims by way of the comments facility. I will then transfer to this area.
Picture Credit: http://www.wccaew.org.uk/images%5Ccompany%5Cpresentation.jpg