The ramifications of Mr Jackson's passing away on AEG and 02? 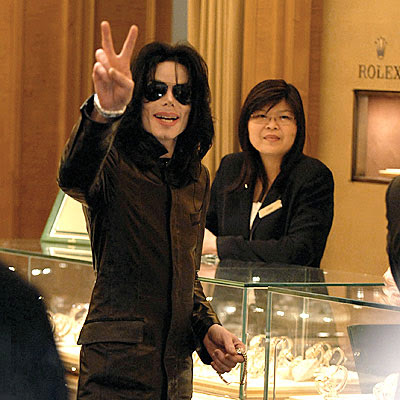 The sad news that the King of Pop has passed away (Mr Michael Jackson (MJ) not Sir Cliff Richard) has highlighted MJ's money issues and a brush with insolvency. The BBC report that MJ was heavily in debt, noting:

"He refinanced these loans in in 2006 in an effort to stave off insolvency. But even this couldn't keep him out of debt."

MJ's 50 date "This is It" tour of the 02 Arena may have improved his (and his creditors) position, but what might be the long term ramifications for AEG Live and The 02 who were both heavily involved in The 02 Arena event now that this cannot go ahead? The Telegraph have reported that AEG are going to be left with a £300 million bill, mainly because they were unable to insure against MJ pulling out through ill health. Will MJ's insolvency now lead to further insolvencies?
Picture Credit: http://www.celebrific.com/wp-content/uploads/2007/08/michael-jackson-birthday-8-29-07.jpg