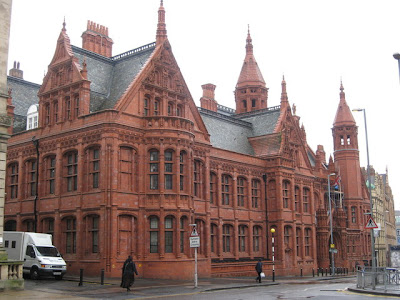 HHJ Simon Barker QC has handed down his decision in Mahon & Anor v FBN Bank (UK) Ltd [2011] EWHC 1432 (Ch) (06 June 2011). The case concerns an interesting discussion of the courts ability to set-aside statutory demands. On set-aside the learned judge notes:
"...IR 6.1 concerns the form and content of a statutory demand and IR 6.1(5) provides :
(5) If the creditor holds any security in respect of the debt, the full amount of the debt shall be specified, but—
(a) there shall in the demand be specified the nature of the security, and the value which the creditor puts upon it as at the date of the demand, and
(b) the amount of which payment is claimed by the demand shall be the full amount of the debt, less the amount specified as the value of the security.
A set aside application is not a trial, and there is no jurisdiction to make binding findings of fact or a substantive determination of issues on the merits. This is emphasised by the language of IR 6.5(4) under which the discretion is permissive and the tests do not envisage a final determination. The court is engaged in a summary process requiring consideration and some evaluation of the available evidence, but not a conclusive or final determination.
Although the court may give directions under IR 6.5(3), there is no automatic requirement for disclosure; and, oral evidence would be unusual, except to the extent that litigants in person may be allowed the indulgence of supplementing their written evidence by oral statements during the hearing.
As is implicit in IR 6.5(3), fresh evidence may be admitted up to and during the hearing. The exercise of this procedural discretion will be governed by the court's duty to comply with and further the overriding objective (the CPR being generally applicable to insolvency proceedings), and although an appeal, unconstrained by the Ladd v Marshall[2] criteria.
IR6.5(4) confers a discretion on the court, which is, of course, to be exercised judicially, that is in accordance with established principles of law, having regard to the circumstances of the case, and also bearing in mind the CPR. Sub-rules (a), (b) and (c) address particular grounds for the exercise of the discretion. Subparagraph (d) provides a residual ground, expressed openly and without qualification (save that "other grounds" obviously means that (a), (b) and (c) as individual grounds are excluded from or fall outside (d)).
First instance decisions to the effect that subparagraph (d) is designed to deal with procedural flaws in a demand and inappropriate for consideration of substantive matters have been criticised by the Court of Appeal, Budge v A F Budge Contractors Ltd [1997] BPIR 366, in which extensive reference was made to the Court of Appeal decision in Re a Debtor [1989] 1 WLR 271.
In Budge, Peter Gibson LJ, with whom Balcombe and Hutchison LJJ agreed, observed that it is "quite impossible to foresee all the circumstances which may arise and which may justify the proper application of that subparagraph. But … there is no point in setting aside a statutory demand for defects in the statutory demand which are not so substantial as to leave the debtor truly perplexed by its contents … [or … to require a creditor] to litigate his claim that he is owed money by the debtor, if it cannot be foreseen that there will be any ground on which the creditor will be denied his claim were the matter to be litigated".
In a sentence, and drawing on the judgment of Nicholls LJ, as he then was, in Re a Debtor [1989] 1 WLR 271, p.276, in addition to the above, the discretion under IR6.5(4)(d) is properly invoked and exercised in any case in which the court is satisfied that it would be unjust to allow the creditor to proceed to the next step, namely to present a bankruptcy petition.
Allegations of undue influence in the context of a guarantee to a bank given by a wife in respect of business lending to a husband or his company and where the wife raised a defence that the bank was on notice that her concurrence in the transaction had been procured by her husband's undue influence were the subject of appeals in eight cases considered by the House of Lords in 2001 and decided together under the lead name RBS v Etridge (No.2) [2001] UKHL 44.
Where a wife is a guarantor of lending to her husband or a business, the first task is to ascertain whether the guidance in Etridge is applicable to the lender/bank. In the ordinary course, there is no presumption of undue influence. There is a degree of sensitivity to the facts. However, the test is set at a very low level so that it should be a straightforward matter to decide. The short answer is, "[q]uite simply, that a bank is put on inquiry whenever a wife offers to stand surety for her husband's debts"[3]. To which I would add, that this is all the more so where the wife is not known to the lender/bank and is volunteered as a surety by the husband...."
Picture Credit: http://s0.geograph.org.uk/geophotos/01/35/47/1354729_260ec9f0.jpg

Relationship Banking said…
There was credible evidence that F represented that it was interested in the type of work undertaken by the company to encourage X to transfer the company ’s banking relationship to F and it was also arguable that that was not the true position at the time.
23 April 2012 at 13:39