The Marquess of Reading and Debt 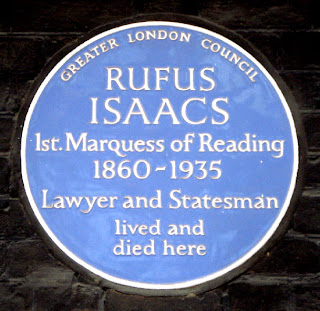 Sir Rufus Isaacs, the Most Honourable The Marquess of Reading, GCB, GCSI, GCIE, GCVO, PC, KC (10 October 1860 – 30 December 1935 - pictured) is a truly remearkable figure. We will leave to one side the fact that he used to bleed from his eyes through over work, and instead, concentrate on his contribution to the insolvency jurisdiction. First, we will undertake a brief biographical overview of the Lord Reading's life. Born in London, the son of a fruit merchant, Lord Reading attended University College School. He did not go to University, instead spending time in the the family fruit business and as a ship's boy. He became a member of the London Stock Exchange before being called to the Bar as a member of Middle Temple in 1887. The Lord Reading went on to take silk, become a Member of Parliament, become Solicitor-General, Attorney-General, Lord Chief Justice (1913-1921), Ambassador to America, and Viceroy of India (1921). The Reading Marquessate is the highest ever rank in the English peerage to be awarded to a Jew. The Lord Reading was sometimes referred to as the "Hebrew Earl."
We can now turn to a consideration of his contribution to the insolvency jurisdiction. The Courts (Emergency Powers) Act 1914 was the brainchild of the Marquess. The statute allowed the court to exercise it's discretion so as to allow a debtor more time to pay their creditors in the event of the war causing delay to payment. The Marquess had himself suffered some liquidity problems whilst at the London Stock Exchange. These may have been some inspiration for his war time debt amelioration activities due to this experience. Specifically, the statute provided a principle, "to place the remedies of creditors, whether judicial or by way of self-help, in the discretion of the Court, which can refuse the creditor to exercise his remedies of the debtor is unable to satisfy the debt of obligation as a result of the war." 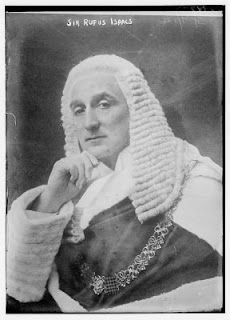 As Lord Chief Justice, the Lord Reading has only one reported case to his name.  Savill v Dalton [1915] 3 K.B. 174 concerned the issue of whether an action is maintainable upon an order for the payment of money made by a county court in the exercise of its bankruptcy jurisdiction.
Four years after his death a similar statue was enacted to deal with World War II debt issues, namely, the Courts (Emergency Powers) Act 1939.
The 2nd Marquess, Colonel Sir Gerald Isaacs QC, was also a barrister, silk, sometime Treasurer and Bencher of Middle Temple, and Member of Parliament. He won a Military Cross in World War I. His son, the 3rd Marquess, Michael Alfred, also won the Military Cross. 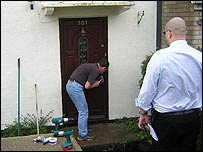