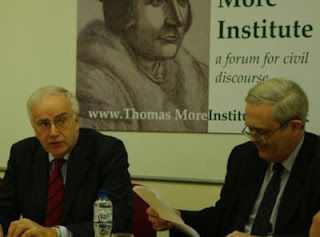 Does a buyer who has received goods on ROT terms cease to have authority to sell those goods once it has became insolvent and entered into administration? That, inter alia, was the question before the Court of Appeal in Sandhu (t/a Isher Fashions UK) v Jet Star Retail Ltd & Ors [2011] EWCA Civ 459 (19 April 2011). The panel in the case consisted of Lord Justices Maurice Kay (pictured), and Moore-Bick and Lady Justice Smith.  Moore-Bick, LJ gives the substantive judgment. He notes:
"Mr. Arden's case rests on two main propositions: that in relation to the buyer's authority to dispose of the goods before it has paid for them, the effect of the retention of title clause is broadly the same as that of an agreement for a floating charge; and that in the case of a floating charge the company's authority to dispose of its assets is limited to disposals made in the ordinary course of business and ceases on insolvency.
The second of those propositions was not seriously in dispute. Nowadays a debenture which creates a floating charge normally expressly permits the borrower to dispose of assets "in the ordinary course of business", but from time to time disputes have arisen over the precise meaning of that expression. In Ashborder BV v Green Gas Power Ltd [2004] EWHC 1517 (Ch), [2005] 1 BCLC 623 Etherton J. reviewed a number of authorities in which the question has been considered and in doing so drew attention to the case of Driver v Broad [1893] 1 Q.B. 744, in which Kay L.J. expressed the view that there is no distinction between a debenture which expressly gives the company liberty to dispose of the charged property "in the ordinary course of its business" and one that does not, the concept being, in his view, inherent in the term "floating security" or "floating charge." The case therefore supports the proposition that a debenture creating a floating charge limits the company's ability to dispose of its assets to disposals under transactions made in the ordinary course of its business. In paragraph 227 of his judgment Etherton J. set out certain conclusions that he thought could be drawn from the decided cases about what is meant by the ordinary course of a company's business in this context. The last of these conclusions, on which Mr. Arden placed particular reliance, was that transactions which are intended to bring to an end, or have the effect of bringing to an end, the company's business are not transactions in the ordinary course of its business. For my part I would accept that as a correct statement of the law."
Picture Credit: http://www.thomasmoreinstitute.org.uk/files/pictures/kay.jpg