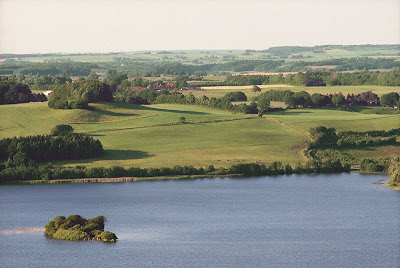 Mr Justice Norris has handed down his judgment in Larsen & Anor (Foreign Representatives of Atlas Bulk Shipping AS) & Anor v Navios International Inc [2011] EWHC 878 (Ch) (13 April 2011). The case makes for interesting reading, particularly for those who are interested in Foreign insolvency proceedings, as the case involves a Danish (countryside pictured) insolvency and issues on set-off. The question before the court was, "...whether, by virtue of the jurisdiction clause in the standard form FFA, a party to an FFA can exercise or acquire commercial rights that would not be available to it under the insolvency law governing the bankruptcy of the relevant party to the FFA whose bankruptcy created the relevant liabilities, or under the insolvency law of the jurisdiction in which the claims are to be enforced under the terms of the FFA. Recognising that there was a mismatch between the insolvency jurisdiction and law and the enforcement jurisdiction and law the trustees of Atlas Bulk seek to interrelate the two."
In relation to the facts of the case, Mr Justice Norris notes:
"On 17 December 2008 Atlas Bulk filed a bankruptcy petition with the Danish court under the Danish Bankruptcy Act 1997. On 18 December 2008 the Danish court made a bankruptcy order and appointed Lisa Bo Larsen and Michael Ziegler to be the company's bankruptcy trustees. The effect of the order was to commence bankruptcy proceedings. It also constituted an event of default under the ISDA 1992 Master Agreement incorporated into each of the FFAs. This meant that under the FFABA 2007 terms the FFAs became subject to automatic early termination. Upon automatic termination the gain or loss in connection with the transaction fell to be calculated according to the machinery incorporated into each of the FFAs. Doing these calculations established that Navios had made a loss of $4,230,742 on two of the Bulk FFAs, and a gain of $2,092,121 on the third. Setting the gains and losses off against one another left a balance due from Navios to Atlas Bulk in the sum of $2,138,621. Doing the calculation in relation to the Shipping FFA showed that Atlas Shipping owed Navios $1,516,994."
The learned judge goes on to say, "I agree with Counsel for Navios that this is not the occasion upon which to examine the merits of the non-mutual set-off arguments." There is however some discussion around insolvency law which is of note. For example the learned judge notes:
"Under the insolvency law of Denmark neither the non-mutual set-off argument nor the post-insolvency assignment argument could succeed. Under the Danish Bankruptcy Act 2007 only bilateral set-off is permitted; and, apart from insolvency law, the same principle is embodied in the "close-out netting" rules applicable under the Danish Securities Trading Act 2010...Under English insolvency law neither the non-mutual set-off argument nor the post-insolvency assignment argument could succeed. The law to be applied would be that deriving from British Eagle v Air France [1975] 1 WLR 758 and that contained in Rule 4.90 of the Insolvency Rules 1986 ("IR 1986"). This provides only for bilateral set-off and excludes any right of set-off in respect of claims acquired by assignment after the commencement of the winding up. But the arguments are being deployed by way of defence to proceedings brought in the English Commercial Court and there is no English insolvency."
Picture Credit: http://www.novalynx.ca/NLDenmark/photographs/Himmelbjerget_Mountain_24.jpg