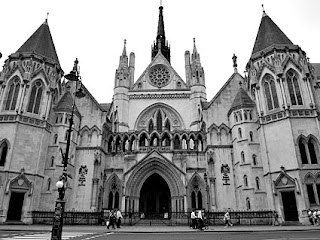 Mr Justice David Richards has handed down his decision in Re Uniq Plc [2011] EWHC 749 (Ch) (25 March 2011) whilst sitting at the Royal Courts of Justice (pictured). The decision is particularly noteworthy as it contains a discussion of schemes of arrangement within an insolvency context. As the learned judge notes: "The scheme, and the restructuring of which it forms an integral part, are both complex. Their purpose is to provide a solution to the financial problems posed by the deficit on Uniq's pension scheme. Without a solution it seems inevitable that Uniq and its main subsidiary would become insolvent within a year." In relation to the use of schemes within an insolvency context Richards, J notes: "The proposal is further evidence of the utility of schemes of arrangement as a means of achieving a wide range of purposes including, as in this case, securing the long-term future of a company or group which would otherwise in due course face insolvency."
Picture Credit: http://www.urban75.org/london/images/holborn-london-36.jpg