Insolvency administration: the balance between accountants and lawyers 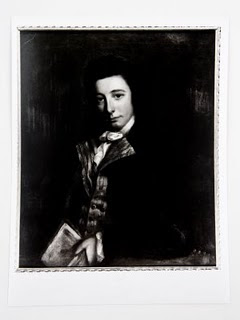 In the 2nd edition of her CUP treatise Professor Vanessa Finch notes at page 182: "over the last two centuries accountants have sought to dominate insolvency work and have striven with some success...For most of the second half of the nineteenth century money accountancy firms earned the vast majority of their fees from insolvency practice [not from auditing?] and it was, indeed, this work that boosted not only accountants’ incomes but also their professional organization. Accountants through this period consistently emphasized their superior professional expertise to lawyers in the insolvency field.” (see: Finch, Vanessa (2009) Corporate insolvency law: perspectives and principles. Cambridge University Press, Cambridge, UK. ISBN 9780521878104, at page 182). Professor Finch cites Professor John Flood and Ms Eva Skordaki's work on IPs to support this contention (see: Flood, J & Skordaki, E. Insolvency Practitioners and Big Corporate Insolvencies. ACCA Research Report #43, 1995).
A number of issues arise from this paragraph. First, is this really the case at least for the first half of the 19th century? Barristers were inevitably Commissioners in Bankruptcy for first 30 years of the century. It was this species of lawyer that administered insolvent estates, at least until the Bankruptcy Act of 1831 (e.g. Basil Montagu QC, pictured). The two centuries claim may therefore be slightly too broad. The second major point that the paragraph raises relates to the balance between accountants and lawyers and their respective involvement in the insolvency process in the modern setting. We might now seek to confirm the first part of Professor Finch's statement and question; "Are lawyers merely an advisory appendage in modern insolvency practice?" It could be argued that accountants do certainly have the whip hand in modern practice as compared to the American position. With the JIEB examination should IPs even need to seek redress to the modern day Basil?
Picture Credit: Kingston university, KLS.