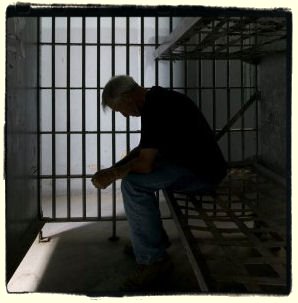 Directors disqualification is an interesting area to mull on from a policy perspective. What is it all about? Does the jurisdiction exist to punish errant directors, or, are the regulatory provisions in place so as to protect creditors from directors who abuse the statutory privilege of limited liability through phoenixism and other miscreant activities? (as Professor Sir Otto Kahn Freund QC FBA might hope). In the alternative do the provisions, when coupled with s.214 Insolvency Act 1986 (IA86) wrongful trading, provide a compensatory device, or finally, are we dealing with a device or set of provisions which help to raise standards of business conduct and entrepreneurship?

Some commentators would argue that the Company Directors Disqualification Act 1986 (CDDA86) regulatory jurisdiction exists to provide a protection mechanism for the general public. Protection comes from the removal of, inter alia, 'unfit' (s.6 CDDA) directors from the corporate world for a period of between 2 and 15 years depending on the degree of unfitness and how this sits on the late Dillon, LJ's Re Sevenoaks Stationers (Retail) Ltd [1991] BCLC 325, [1991] Ch 164, scale.


Other commentators would argue that the jurisdiction exists as a form of punishment for the miscreant director, especially when accompanied by culpability for s.213 IA86) fraudulent trading (with that provision's attendant mens rea for dishonesty) or wrongful trading contributions to the company's assets as a result of s.214 IA86 culpability. The corollary removal from one's professional body as a result of disqualification (i.e. being struck off as a solicitor) and the subsequent inhibiting of one's ability to earn may also be viewed as a form of punishment.


Professor Sally Wheeler's essay on directors disqualification (Wheeler, S. Disqualification of Directors: A Broader View, in: Rajak, H (Ed). Insolvency Law: Theory and Practice. Sweet and Maxwell Ltd, London, 1991) provides an interesting discussion of the area, particularly from the perspective of how civil provisions are used to punish directors and how judges may be using inappropriate policy mechanisms when coming to their decisions.


"6 Duty of court to disqualify unfit directors of insolvent companies


(1)   The court shall make a disqualification order against a person in any case where, on an application under this section, it is satisfied—


(a)    that he is or has been a director of a company which has at any time become insolvent (whether while he was a director or subsequently), and


Here are some cases of note that may help us with a smooth navigation through what has been referred to as the “murky waters of both law and…facts” (Secretary of State for Trade and Industry v. Goldberg and another [2003] EWHC 2843 (Ch), [2004] BCLC 597, at paragraph 6) of unfitness within the jurisdiction of directors’ disqualification: