Were the Cork Committee really trying to subvert pari passu with their comments on preferences? 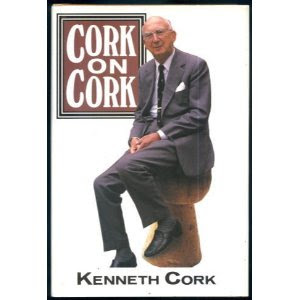 It has been opined by various commentators (e.g. Finch, McCormack, Prentice, Fletcher) that preference law, such as that promulgated in s.239 of the Insolvency Act 1986, exists for two purposes. First, to help augment the available estate by gathering in assets (and value) which should not have been paid in the pre-insolvency period, and second, to support the long held 'fundamental' principle of pari passu distribution by ensuring fair treatment between creditors, i.e. one creditor should not be preferred in the pre-insolvency period at the expense of the general body of creditors.


Despite some strong critique to the contrary (from Westbrook in 1980 and more recently Mokal in 2001) pari passu is generally held out as an axiom in modern insolvency law. Preference law is therefore seen as a necessary support mechanism in the general scheme of corporate regulation ensuring fairness and equal treatment amongst creditors.


So it is with some surprise that we see rhetoric in the Cork Report (Cmnd 8558) that purportedly sought to undermine pari passu. In Chapter 28 of Sir Kenneth Cork's (pictured) famous report the Committee, which was divided on this issue, opined that in this pre-insolvency environment it was acceptable for diligent creditors to engage in a race to the bottom so as to protect their interest. These precipitous actions should be encouraged. As McCormack has recently noted: “for in its view (Cork) creditors who took active steps to recover what was owed to them should be rewarded by the fruits of their diligence.” (McCormack citing para 1256 of Cork). However, as Finch has more recently opined this, “encourages precipitous actions and it undermines the collective approach to liquidation with all its advantages of efficiency and fairness.” The learned commentator continues, “As critics have suggested... this misses the point since it may well be thought improper to subvert pari passu by preferring one creditor to another in the lead up to insolvency.” (Finch) Were the Cork Committee advocating an approach which undermined pari passu? Should the minority view of the Committee have won the day or were the majority correct with their view of how pre-insolvency creditor action should be rewarded? These questions, tensions and dissent within the Committee certainly make for an interesting area for consideration.
Picture Credit: http://ecx.images-amazon.com/images/I/41m1aQujDlL._SL500_AA300_.jpg

Anonymous said…
Undoubtedly s.239 is wholly inadequate in insisting that the company must be actuated by a desire to prefer the creditor. Of course, there is a rebuttable presumption of desire to prefer in respect of preferential payments made to connected parties. This will catch payments made to bank in discharge of a guaranteed (by a connected party) debt and easier cases where the creditor is the connected party. Desire to prefer is irrelevant to upholding the statutory scheme for distribution. It would be better to avoid the reference to "pari passu". As Mokal has persuasively argued, if s.239 was based on pari passu then certain payments would no longer be caught whereas it is trite that these situations are in fact caught under s.239. The general principle is to ensure that the liquidation distribution scheme is upheld because it is perceived to be fair (we can challenge this view but that's the premise, and the legislature is sovereign). A preference has no effect on the net asset value of the company (cf. s.238) but it does reduce the assets held by the company - net assets are not reduced because liabilities are extinguished by the amount that the assets are depleted by. The emphasis on desire to prefer is wholly historical - and is a good example of path dependency in our law. It should be replaced with an "effects based" test. This will ensure that the insolvency scheme for distribution is upheld. One might want to think about giving a defence to an innocent recipient - this might be necessary under HRA. But equally it could be argued that the public interest of upholding the scheme for distribution outweighs any minor detriment to the preferred creditor.
31 March 2011 at 01:29