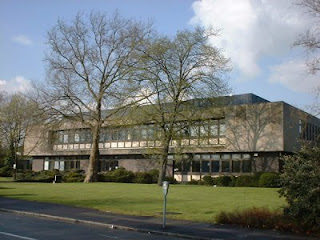 Mr Justice Henderson has handed down his judgment in Dias v London Borough of Havering [2011] EWHC 172 (Ch) (04 February 2011). The case concerns a bankruptcy appeal from the Romford County Court (pictured). As the learned judge notes the debtor applied to District Judge Mullins in that Court to set aside his bankruptcy petition. This application was dismissed. The appellant said that he wished to appeal against the District Judge's finding that he had been in rateable occupation of the relevant premises. As Henderson, J notes: "This gives rise to a possible problem, because the general rule is that an appeal lies only against an order made by the lower court, and not against the reasons which the court gave for its order or against particular findings which it made: see section 16 of the Senior Courts Act 1981, Lake v Lake [1955] P 336 (CA) and (closest to the present case) the decision of Lawrence Collins J (as he then was) in Re Mathew [2001] BPIR 531. Thus an appeal cannot lie directly against the findings made by the District Judge. However, there is no reason why an appeal should not lie against his dismissal of the debtor's application to set aside the petition, and the Appellant's Notice should in my view be read as though that order were the true subject matter of the appeal. This was pointed out by Roth J when he considered the application for permission to appeal on paper, and in view of what Roth J then said counsel for the petitioner, rightly in my view, decided not to persist with this technical objection."
There then follows a through exposition of the facts in the case. At paragraph 24 Henderson, J notes, in a pleasing passage for the editors of the text, "It is common ground that the reason why the application was dismissed is that the sums claimed were the subject of court orders, and the normal practice of the court is not to go behind such an order or to enquire into the validity of the debt at the statutory demand stage: see paragraph 12.3 of the Practice Direction: Insolvency Proceedings and Muir Hunter on Personal Insolvency paragraph 7-198."
In conclusion and in answer to the question of whether or not this is an appropriate case to go behind the liability of Mr Dias established by the two liability orders, Henderson, J held, "I consider that the District Judge was wrong to go behind the liability orders, and that he should have declined the invitation to consider the question whether Mr Dias was in fact liable in his personal capacity for the rates demanded. On that basis alone, I would refuse permission to appeal, because in my view the appeal never had a real prospect of success.
Pictured Credit: http://www.romford.org/image.php?filename=/public-services/law/court01&size=400