Liquidators - do they really pull the wool over ROT claimants and others? 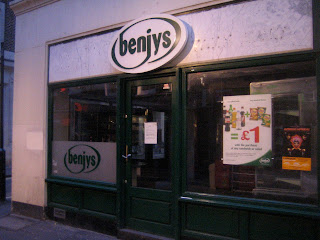 It has been suggested that “claimant suppliers to companies are often out of their depth and IPs tend to be in possession of the goods, to know the supply needs and to be both legally competent and familiar with legal game being played." and that liquidators are “sophisticated repeat players..[who] use delay and bluff to protect the assets in the estate.” (Finch) Both contentions are undoubtedly correct in the sense that liquidators certainly know their legal onions and are used to the whole process of liquidation. But is it true that these officeholders can use bluff and delay to defeat creditors? Are creditors and their (sometimes IP) representatives not more sophisticated?
Reservation of title (ROT) suppliers (and their representatives) have been known to attempt to claim title over goods that were not covered by the ROT. This has occurred, for example, in fast-food administrations where suppliers were claiming goods that were not theirs. Bluff was on the other foot in that instance! Or perhaps administrators are not as cunning as liquidators?
Picture Credit: http://upload.wikimedia.org/wikipedia/commons/5/55/Benjys.jpg

Unknown said…
Most creditors who claim ROT have out of date clauses and an "on the ball" IP will spot these every time. As a solicitor who frequently advises IPs I usually find that most ROT claims fail. However there are some IPs who just allow such claims as a matter of course preferring not to spend time or money opposing them.
4 February 2011 at 09:27