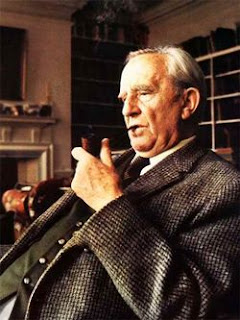 Some disciplines have a relatively easy time coming up with new ideas and discoveries. Evolutionary biologists have new creatures virtually handed to them on a fossil plate. Professors of physics devolving into the smallest parts of our Universe are able to push the boundaries of knowledge on what seems like a fairly regular basis. Nobel laureates abound in these respective fields. Even Tony Stark came up with a new element with relative ease.
For legal scholars the task of enunciating a completely new theory or approach is more difficult. There are famous examples, such as Professor Rawls and his Theory of Justice or the Nobel Prize winning Professor Ronald Coase of the University of Chicago Law School. But away from the fields of jurisprudence and law and economics, black letter law scholars have a harder time of it generally. For insolvency law scholars though the deployment of new theories and the coining of new phrases has not proved such a difficult task, particularly in recent years. New phrases or terms which conveniently encompass pre-existing phenomena, trends, or practices are noteworthy. Such new terms of art are however different to the enunciation of a completely new idea or approach to our subject. Both these practices are considered here. Included below are some of those ideas and their associated new terms of art and the scholars and practitioners who were responsible for them:
So whether you get you inspiration in the bath, whilst walking the dog, whilst sitting under an apple tree, whilst dealing with mundane patent applications, whilst imbibing a dram, or whilst marking tediously boring examination scripts (pictured), good luck with coining the next phrase and idea and I will see you in Stockholm!
Picture Credit: http://tolkiengateway.net/w/images/thumb/3/36/Photograph_of_J.R.R._Tolkien.jpg/250px-Photograph_of_J.R.R._Tolkien.jpg