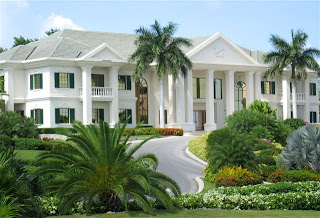 The Press Association are reporting on an interesting piece of research from PwC that shows that corporate insolvency figures have declined rather sharply in the last year. As the research notes, "PwC said 15,894 firms became insolvent in 2010, a fall of 18.5% on the 19,512 figure recorded the previous year after economic conditions improved and more businesses were able to pursue options other than insolvency. In the most recent quarter, 3,605 companies became insolvent - a 6% decline on the June to September quarter and 19% lower than a year earlier."
Meanwhile, The Independent are reporting on the "monumental" legal wrangles that are taking place over the Insolvency Practitioner (IP) control of  'Sir' Alan Stanford's Stanford International Bank (SIB - pictured). Efforts continue meanwhile with the complicated business of unwinding the company's affairs.
Picture Credit: http://www.antiguahotels.org/galleria/galleries/General/Stanford%20International%20Bank.JPG