Change is afoot for IPAs and IPOs and the family home 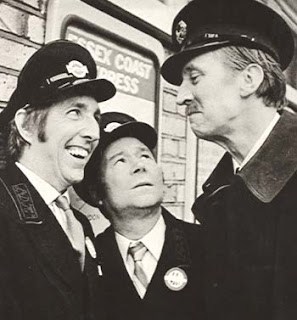 "All change!" is a common enough refrain on the bus. More common than, "I'll get you Butler!" (pictured). Change is also frequent in insolvency law and practice and we have two new movements afoot. The Insolvency Service (IS) have recently announced that they are:
"Changes to the way Income Payments Agreements (IPAs) and Income Payments Orders (IPOs) are made
From 1st December, 2010, two main changes came into effect:
• the minimum amount that the Official Receiver (OR) seeks to claim under an IPA or IPO reduced to £20 a month.
• the bankrupt no longer retains any of the remaining surplus income once all their reasonable household expenditure is accounted for.
Existing IPA/IPOs will continue under the present arrangements as will any subsequent variances throughout their lifetime.
Changes to the way in which the family home is dealt with
From 1st January the following changes came into effect:
The OR, as trustee of the bankruptcy estate, will no longer dispose of a bankrupt’s interest in a family home until two years and three months after the bankruptcy order is made, except if an offer is received which is in the creditors’ interests to accept.
At two years and three months a review will begin. In cases where the bankrupt’s interest in the property is valued at less than £1,000, steps will be taken to re-vest the property interest in the bankrupt.
Otherwise, if there is insufficient equity to attract an insolvency practitioner to act as the trustee of a bankruptcy estate, then enquiries will be made as to whether the bankrupt or a third party would be interested in purchasing the interest, assuming the property interest may be worth more than £1,000. If it is not possible to transfer the interest, and the interest is valued in excess of £1,000, the OR will consider applying for a charging order.
If there is sufficient equity in the property, and if the OR is not aware of any willing purchaser, a Secretary of State appointment of an IP trustee may also be sought.
The OR has the discretion to effect an early re-vesting of the property back to the bankrupt in specific circumstances."
Picture Credit: http://www.news.com.au/common/imagedata/0,,6352958,00.jpg