McGuinness v Norwich and Peterborough Building Society [2010] EWHC 2989 (Ch) (23 November 2010) - the nature of a guarantor's liability to the creditor, and the consequences in terms of the creditor's ability to present a bankruptcy petition 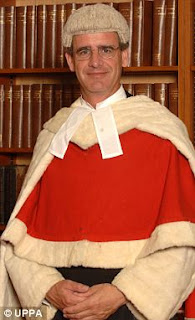 Mr Justice Briggs (pictured) has handed down his judgment in McGuinness v Norwich and Peterborough Building Society [2010] EWHC 2989 (Ch) (23 November 2010). The case makes very interesting reading. The case concerns a bankruptcy order made against Mr Spencer Robert McGuinness. The sum Mr McGuinness owed amounted to £1,223,883.26. This liability arose due to an alleged guarantee and indemnity given by him in relation to his brother's borrowing liabilities. In terms of technical legal points the learned judge summaries the issues as follows: "This appeal...raises two interesting points about the nature of a guarantor's liability to the creditor, and the consequences in terms of the creditor's ability to present a bankruptcy petition. In short, is it a liability "for a liquidated sum" within the meaning of section 267(2)(b) of the Insolvency Act 1986 or only a liability to pay unliquidated damages? If the latter, is the creditor disabled from presenting a bankruptcy petition without first obtaining judgment for a specific sum, even in a case where the liability is admitted, and the amount of the damages can be identified with mathematical precision?"
Following a thorough examination of the pertinent case law the learned judge holds that: "For my part, I doubt whether the issue is necessarily an either/or question as between debt and damages. Some guarantees, and in particular that which was the subject of the TS&S Global case, may create both. For present purposes, the critical question is whether the Guarantee includes, rather than necessarily consists of, a debt obligation. In my judgment the Guarantee does include a debt obligation. My main reason for that conclusion is that, by the principal debtor provision in the first sentence of clause 4.2 of the Guarantee, the Appellant thereby made his brother's debts his own, as occurred in MS Fashions v. BCCI. Mr Arden sought to persuade me to attribute a different meaning to that provision, by reading the whole of clause 4.2 of the Guarantee together, so that the principal debtor provision was designed (he said) to do no more than to enable the creditor to enforce the Guarantee without prior demand against the principal debtor. I disagree. It is evident from Moschi v. Lep Air that, where a guarantee sounds in damages rather than debt, the creditor may enforce against a mere surety without prior demand on the debtor, precisely because the debtor's default gives rise to a simultaneous breach of the surety's obligations. The effect of a principal debtor provision is not therefore to enable the creditor to proceed without first claiming against the principal debtor, but (among other things) that any debt due is immediately payable by the guarantor without prior demand upon him: see MS Fashions v. BCCI..."
Mr Justice Briggs obiter comments on the policy and nature of guarantees is also very interesting. Concluding his judgment Briggs, J observes;
"Nonetheless, and in case the issue should arise again, I will make the following observations about it. The first is that it does seem remarkable that a person from whom £1,000 has simply been stolen should be unable to present a bankruptcy petition (following a statutory demand), whereas a person with a £1,000 contract debt may do so, always assuming that there is not a bona fide defence to either claim on reasonable grounds. As Proudman J said in Truex v. Toll [2009] 1 WLR 2121, at 2129, the question whether a sum is liquidated and whether there is a defence of the claim are entirely separate issues.
Secondly, I have real doubt whether distinctions based on different causes of action (i.e. debt, account and payment, damages) satisfactorily address the purpose behind section 267(2)(b) of the Act, which seems to me to distinguish between cases where there is no issue as to the amount of a liability, and cases where some process of assessment by the court is necessary, before the amount can be identified. I can well understand that a claim for an account which depends upon the defendant providing disclosure as to the amount of an alleged secret profit cannot possibly be a claim for a liquidated sum. By contrast, a claim to recover stolen money, where the precise amount stolen is known by the claimant, seems to me in principle to be a claim for a liquidated sum, even though the form of action is one for account and payment.
Finally, even in cases involving guarantees of the "see to it" type, it is frequently the case that, although the form of action may be a claim for damages against the guarantor, the quantum of the claim may involve no uncertainty or need for the application of the court's opinion. Moschi v. Lep Air was genuinely a case where (subject to the guarantee limit of £40,000) damages were at least in theory at large, because of the accepted repudiation of the contract between the creditor and the principal debtor. But a case like the present, where there is a debt rather than damages owed by the principal debtor, and where, on any view, the guarantor's obligation is to pay a sum identical to that debt, it seems to me to risk an absurd waste of costs and delay to require the creditor first to issue a claim and obtain an inevitable summary judgment upon it, before beginning bankruptcy proceedings. I suspect that there have since Moschi v Lep Air been many unreported cases where a creditor under a "see to it" guarantee has succeeded in bankruptcy proceedings without obtaining a prior judgment. Nonetheless it is because the Guarantee included a liability in debt that this appeal must be dismissed."
Picture Credit: http://i.dailymail.co.uk/i/pix/2010/03/17/article-1258581-08C19B25000005DC-40_233x382.jpg and UPPA.