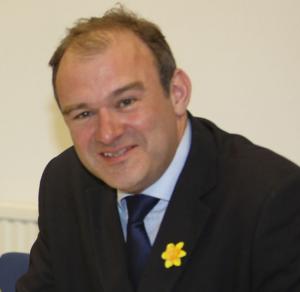 Following their successful annual Parliamentary reception on Wednesday night R3, the Association of Business Recovery Professionals, have published a response to Mr Ed Davey MP's (pictured) recent announcement on Debt Relief Orders (DROs). Mr Davey has announced plans to reform the DRO regime to allow debtors with rights to approved pensions access to DROs. The change follows a consultation in March 2010 launched in response to concerns that DROs excluded some vulnerable people struggling with small debts. Mr Stephen Law, R3 president has noted:
"We welcome Ed Davey’s announcement yesterday of proposals to reform the Debt Relief Order (DRO) regime, allowing debtors with an approved pension access to the DRO procedure. When DROs were introduced in April 2009 we had concerns that debtors with any kind of pension pot were effectively barred from this form of debt relief.
“The announcement that those with an HMRC approved pension will not have that value set against the asset ceiling of £300 is good common sense. It seemed counter-intuitive to discourage even those with a very small pension pot which could be years away from being drawn down.
“We look forward to hearing more on the detail of these revised criteria but it should allow many more to take up this accessible and low-cost form of statutory debt relief.”
The annual R3 Parliamentary reception was held on Wednesday 10 November 2010 in the Churchill room, Palace of Westminster. The event was very interesting and informative. MPs, IPs, lawyers, and academics mixed in the Churchill room and on the Lords' Terrace discussing various insolvency issues. R3 also launched some new research on future trends in insolvency.
Picture Credit: http://www.kingstonguardian.co.uk/resources/images/1296516/?type=display