Accountant banned from acting as IP according to DM Today 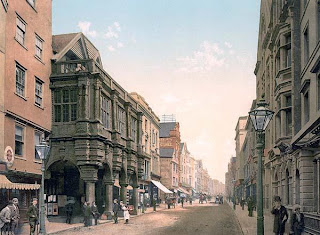 Debt Management Today are reporting a fascinating story about an Exeter (pictured) based accountant who has been banned from acting as a company director and insolvency practitioner. The story notes behaviour that is seen as below the standard that should be exhibited by a competent director - unfitness in Exeter seems to have occured!  The story notes:

"...William Henry George White, (also known as Bill White) and Jayne Ann Thompson, also White’s business partner, have been disqualified from acting as company directors for eight years and six years respectively.
Acting on behalf of The Insolvency Service the Official Receiver found that Mr White and Mrs Thompson’s company, Rosswell Associates Limited, went into liquidation on 17 April 2008 with no assets, owing debts of £213,685.
Commenting on the case James Pales, Assistant Official Receiver for Exeter said that keeping proper company records and filing correct VAT returns is a basic business function that all company directors have responsibility for.
He said: “The fact that Mr White and Mrs Thompson have agreed to these disqualification undertakings should offer the public reassurance. The Insolvency Service has robust powers and we will not hesitate to use them to remove dishonest, reckless and irresponsible people from the business environment."