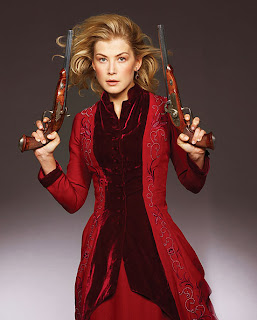 A while back I mulled on what the future of personal insolvency law might be. This was in the context of Henrik Ibsen's 1890 play "Hedda Gabler" (pictured), and in particular Ejlert Løvborg's second book in that play, as well as the Tory's "Vote for Change" mantra. I thought a blog entry on the future of insolvency law and policy might make an interesting post. This now seems prescient.
I asked what does the future hold for insolvency law and practice? Are we looking at a new Act potentially in 2012? Will the Insolvency Service delay the consolidated rules so as to cause them to come into effect at the same time? I also queried the drivers of policy that might cause the future of our field to develop down any particular line and what might the instruments of that change be? I will address the former first. Elsewhere I have predicted that we might see a "Restructuring Act" in the future, as opposed to an Insolvency Act. Might the 2012 statute appear in this guise? The idea of rescue has now been with us for nearly 25 years. The Enterprise Act 2002 sought to solidify the aims engendered in the Insolvency Act 1986 (IA86). The next statute might go that step further and engender the rescue ethos in the statute's title as well as its provisions. The IA86 title does not reflect its contents either, for example, the provisions on solvent liquidation are contained in an Insolvency Act. Does this make sense?

Why was this discussion prescient? Well, Mr Ed Davey MP has recently announced a fundamental review of both consumer credit  and personal insolvency. This of course only relates to our subject on the personal side, and some of the comments made above are of no relevance. The press release is however of deep significance as it signals the starting gun for what might be a fundamental re-think of our personal insolvency laws. The press release notes:


"Consumer Affairs Minister Edward Davey has announced that a review of consumer credit and personal insolvency will be undertaken by the Government.

The Minister met with the All Party Parliamentary Group on Debt and Personal Finance, where he announced the review. It will be conducted jointly with Mark Hoban, the Treasury’s Financial Secretary, and will cover a number of areas, including:
· How consumers enter into credit commitments, including the way in which credit is sold and the extent to which consumers understand what they are committing to;
· What issues arise during the lifetime of a loan from both the consumer and the lender perspectives; and
· What happens if things go wrong; are the current insolvency solutions fit for purpose?

The review will be an opportunity for all stakeholders to provide evidence on what is working well, and where the Government can intervene to relieve pressures in the system. It is an opportunity to reshape consumer credit policy and will lead to a full consultation later this year, or early next year.

Edward Davey said:
“This is an opportunity not only to improve the safeguards on consumer credit products, where this is necessary. It’s also a chance to cut unnecessary regulatory burdens, which increase costs and stifle competition.

“As Consumer Affairs Minister, I want to be sure that people can get fair deals on credit cards, loans and other products on the market - improving access for the financially excluded; having an insolvency regime where those who can, pay, but those who can’t are helped to make a fresh start; and ensuring a regulatory framework that’s fair to consumers and creditors alike.”

The Call for Evidence will be issued after the summer recess, which should lead to a consultation on specific proposals later this year or early 2011."

Will bankruptcy as a regime diminish in importance as Judge Mithani QC has recently suggested? Will other procedures, such as the relatively new DRO regime gain the whip hand? Will pre-packs ever escape the taint of phoenixism? These questions and more will continue to challenge us over the coming months and this review is a timely interjection into personal insolvency law and policy. One might ask - Why is the review reserved to the personal side? At a recent Insolvency Service meeting Mr Nick Howard joked with Professor Sir Roy Goode QC that the learned professor was bidding for the chairmanship of a new Cork committee. Did Mr Howard have something in mind even at that stage?
Please post your suggestions for improvements in the personal insolvency law regime in the comments boxe below. One learned friend has already suggested to me that he thinks we might do an Australia and go back up to three years before automatic discharge is granted. There may be a wager in that!
Picture Credit: http://ellietreagust.files.wordpress.com/2010/03/hedda_gabler.jpg