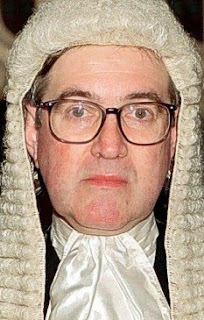 The following has absolutely nothing to do whatsoever with insolvency but it is such an interesting and hard hitting turn of phrase from Lord Justice Ward (pictured) that I feel compelled to bring it to your attention. In Oceanbulk Shipping & Trading SA v TMT Asia Ltd [2010] EWCA Civ 79 (15 February 2010) Lord Justice Ward has recently noted:

"There is little point in expanding upon these reasons for I am outnumbered, nay outgunned, by the commercial colossi seated either side of me. I prefer the instincts of the youthful Stanley Burnton J. before he became corrupted by the arid atmosphere of this Court. It goes to prove what every good old-fashioned county court judge knows: the higher you go, the less the essential oxygen of common sense is available to you. So I am unrepentant. With, of course, great respect to my Lords, I dissent. In my judgment Andrew Smith J. was absolutely correct for the reasons he gave. I would dismiss the appeal."

Lord Justice Carnwath is speaking to the students' Law Society at Kingston Law School tomorrow night. I am afraid to say that I do not have the courage to ask him if he agrees that the Court of Appeal lacks common sense on occasion! In a recent article in Counsel magazine Lord Justice Carnwath drew attention to a recent judgment by Lady Hale that does have some impact on academics. I might ask him about this instead! He noted:

"In OBG Ltd v Allan [2007] UKHL 21 (para 304), Baroness Hale explained her reasons for not adding to Lord Hoffmann’s leading judgment: “The least said by the rest of us who take the same view…the better. Indeed, there would be much to be said for our adopting the practice of other supreme courts in having a single majority opinion to which all have contributed and all can subscribe without further qualification or explanation. Th ere would be less grist to the advocates’ and academics’ mills..."