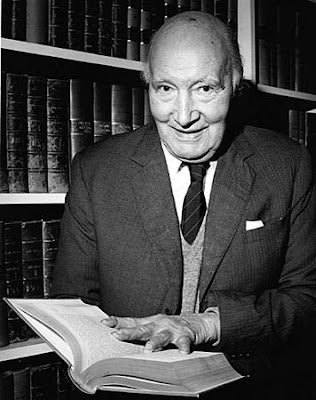 Students of the law, whether they be practitioners or undergraduates, are incredibly fortunate. In the case of undergraduates, this good fortune comes about not just because of the hard work and dedication of law tutors to their intellectual charges wellbeing and development. The typical law student is also in a fortuitous position because their primary source reading material can consist of some of the most fascinating facts, startling situations and curious conundrums that can be contrived by man,[1] sometimes going beyond even the wildest imaginations of authors of literary fiction.[2]

Insolvency and company law have not always provided such vibrant decisions in terms of facts,[9] but the mental chicanery and logical gymnastics involved in some of the judgments and opinions is a marvel to behold nonetheless. When Lord Mansfield observed that "…the common law…works itself pure by rules drawn from the fountain of justice…”[10] he could have been referring to the purity of thought, clarity of reasoning and lucid analysis exhibited in the company and insolvency law judgments of Lords Millett and Hoffmann.[11] As one fellow undergraduate succinctly observed to me whilst I was labouring at the coalface of my first degree some ten years or so ago: “cases are like stories.” His argument then followed that cases should be seen as interesting to read, at the very least, and a joy to read at best, wherever possible.[12] Pictured to the right is the Lord Denning OM, about to enjoy a good read selected from his magnificent personal law library, said to be the best in the country.

Over the coming weeks I will post up some details from the bankruptcy nominate reports so that we might further examine some fascinating cases throughout the history of our subject.

[1] On strange and amusing cases see: Megarry, RE. Miscellany-at-Law: A Diversion for Lawyers and Others. Wildy, Simmonds and Hill Publishing, London, 2006. See also: Pannick, D. I Have to Move My Car: Tales of Unpersuasive Advocates and Injudicious Judges. Hart Publishing, 2008.

[2] For a judgment at the very interface of law and fiction see Mr Justice Peter Smith’s code insertion activities in: Baigent & Another v The Random House Group Ltd [2006] EWHC 719 (Ch). The learned judge, in emulation of Dan Brown’s The Da Vinci Code, inserted a code into his judgment which read, “Jackie Fisher, who are you? Dreadnought.” The learned judge is a fan of this First World War British admiral. See Lord Rodger of Earlsferry’s discussion of the case, and humour and the law generally, in his recent lecture to the Scottish Faculty of Advocates (“Humour and Law” S.L.T. 2009, 33, 202-213).

[3] [1994] 1 A.C. 212, where the defendants carried out offences against section 47 of the Offences Against the Person Act 1861, which were described as sadomasochistic homosexual activities, such as the insertion of fish hooks into the penis of a defendant.

[5] [1942] A.C. 509, which involved a lorry driver who struck a match to light a cigarette and threw it on the floor. This may have been acceptable if he was not delivering petrol to a garage at the time (driving a petrol tanker) and transferring petrol at the garage! There was a fire and explosion.

[6] [1985] 1 W.L.R. 1242, where the police fired a canister of CS gas into Sportsman's Lodge, a gunsmiths, to force out a dangerous psychopath who had broken into the gunsmiths.

[8] (1865-66) L.R. 1 Ch. App. 25, where Lord Cranworth was forced to observe in relation to an imperfect gift: “I extremely regret this result, because it is obvious that, by the act of God, this unfortunate child has been deprived of a provision which his father meant to make for him.”

[9] Although the pig breeding activity in Re Introductions Ltd [1970] Ch. 199, is a curious case in terms of facts. The troubled incorporator died by his own hand shortly after receiving certain unpalatable advice from his own counsel. The Greenhalgh saga also paints a sorry tale (see: Greenhalgh v. Arderne Cinemas, LD. and Others [1951] Ch. 286) and the outcome of Neptune (Vehicle Washing Equipment) Ltd. v Fitzgerald [1996] Ch. 274, has caused many an undergraduate pause for thought with its Tolkien inspired Gollum/Smeagol like approach to directorial behaviour in one man companies, i.e. where a director held a meeting alone where the declaration required by section 317 Companies Act 1985 “was to be made to himself, although not necessarily aloud.”