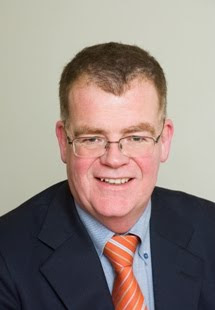 R3, the Association of Business Recovery Professionals, have released a very interesting press release (CVAs and pre-packs ‘not interchangeable') in which the President of the Association, Mr Peter Sargent (pictured), compares the CVA process and the pre-packaged administration process, in light of the recent Insolvency Service CVA reform consultation. The press release notes (my bold emphasis):

"With the Government considering adopting legislation to increase the use of Company Voluntary Arrangements (CVAs), CVAs have been seen as a ‘positive insolvency tool’ in cases such as JJB Sports and Focus DIY. However, their increasing usage is not necessarily designed to phase out pre-packs.

“CVAs and pre-packs are not interchangeable and apply in two very different sets of circumstances”, explains R3 President Peter Sargent. “A CVA comes into effect earlier than a pre-pack in an attempt to stave off a sale of the business entirely.

“When the time needed to put together and vote on a CVA is not available to distressed businesses, a rapid sale through a pre-pack will prevent value seeping away and ensure better returns to creditors. Speed is crucial where the chief value of the assets resides in its staff. However, pre-packs and CVAs are merely two of several options for distressed businesses and nor are pre-packs by any means an Insolvency Practitioner’s ‘tool of choice’.”

In a study by R3 earlier this year, of the 89 pre-pack cases identified in the month of April 2009, 5,478 jobs were at risk, but the pre-pack meant that 4,846 jobs (88%) were saved. Contrary to perceptions, not all pre-packs are ‘phoenixes’, in the same survey 60% of pre-packs went to the previous business owners while 40% found different owners.

Insolvency Practitioners stated that the top four reasons for utilising a pre-pack in the above cases were (in order of highest response): the sale needed to be fast; it was the best chance of saving the workforce; it was the only alternative to liquidation and there was marginally more returns to creditors.

“Preserving value and jobs are priorities and if a business ceases to trade there are no winners. This survey shows nearly 90% of jobs at risk were saved in a pre-pack, a much higher figure than the 60% under other administrations. Pre-packs are valuable in the right circumstances when speed is vital, buyers are scarce and jobs need to be saved.”

I could not agree more in relation to CVA use and Mr Sargent's contention that, "A CVA comes into effect earlier...". Indeed, my recent article in the Journal of Business Law (JBL) argued that CVAs should be used at a much earlier date and that a "consensual" approach to restructuring should be the preferred method to bring about the salvation of troubled, yet viable businesses. Pre-packs do indeed perform a completely different value saving function. For my own attempt at a defence of this insolvency tool see here.

Mr Sargent has also of course recently finished a stint on the fourth plinth in Trafalgar Square, being one of 2,400 successful applicants for Antony Gormley's One & Other project. Mr Sargent's period on the plinth can be seen here. Mr Sargent spent his time extolling the virtues of IPs and appropriate debt advice as well as addressing debt issues generally. He also answered one heckler with a retort, "there is life after bankruptcy..."