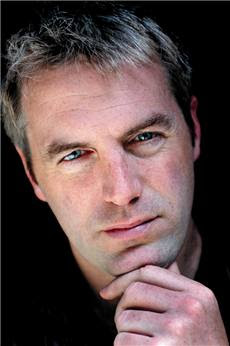 "Mrs Byrd had always thought that her daughter did not have to pay council tax.

They had been to see officials together at Exeter City Council in the 1990s to explain that Miss Byrd was terminally ill with HIV and had mental health problems.

Miss Byrd could not cope with bills and never opened any post so her family had arranged for everything to be metered to avoid her running up any debts.

It came as a surprise then to Mrs Byrd to hear that her daughter had been declared insolvent in April 2007.

"It was my niece who said she'd seen it in the paper that she'd been made bankrupt."

Mrs Byrd, which isn't her real name, established that the only creditors were the local council so she contacted them to explain that she thought her daughter was exempt from paying the rates.

She was told the original council tax debt of around £2,000 had gone up to more than £12,000 because of the bankruptcy costs.

"I said 'I really can't pay any more' and they more or less said 'we've got to go ahead with it, we want the money back'."

The Byrds contacted a solicitor but were told no legal aid was available to fight their case.

It was only when the same solicitor called three months later and suggested appealing to the Local Government Ombudsman that the council wrote off the debt.

The Ombudsman ruled earlier this year that the council did not make adequate inquiries into Miss Byrd's health problems.

Exeter City Council told BBC 5 live's Donal MacIntyre programme: "The council did not consider at the time that its actions to recover the unpaid tax were inappropriate. However, the Ombudsman took a different view and the council accepts his findings."

Miss Byrd's bankruptcy has now been annulled and the council covered all costs but her mother is critical that her daughter came so close to losing her home because of the debt.

"If it was left to my daughter for example, she would never have known what ways, what paths she could have taken to get help because she is too ill," says Mrs Byrd.

"For someone that is terminally ill, where would she have gone? What kind of a system is it that doesn't look after people that aren't mentally well?"

Figures collected by 5 live reveal that local authorities in England and Wales petitioned to make more than 3,000 people bankrupt in 2007/8.

Not all of these petitions resulted in bankruptcy but there is growing concern that those most likely to be made insolvent are vulnerable people who do not understand the process.

Douglas Johnson, from Sheffield Law Centre, successfully fought to have his client's bankruptcy for £8,000 in unpaid council tax annulled or cancelled.

His client was a reclusive man who could not read or write, and had previously been exempted from paying council tax because of his learning difficulties. The man faced losing his home.

Mr Johnson says: "Even though it was in a bad state of repair, it would have sold for quite a lot of money and that was, it appears, the decision they took to get hold of that house."

Sheffield Law Centre argued that the council had not made reasonable adjustments for its client's disability.

He has now been excused from paying the rates in future.

"I think everyone would agree that it's completely out of proportion and it's obviously wrong," says Mr Johnson.

Sheffield City Council said: "What happened in this case should not have happened and we apologise for the distress we caused."

The council has introduced new procedures to ensure they do not proceed before all other options have been exhausted.

Threats of bankruptcy can be an effective means by which local authorities can force those who will not pay their council tax to settle the debt.

But Mr Johnson is concerned that vulnerable people are disproportionately at risk.

He says: "My worry is a lot of the people facing bankruptcy are simply the people who can't cope with the system and need extra help."

The Local Government Association said: "Town halls only take measures such as bankruptcy as an absolute last resort. People struggling to pay bills are given as much leeway as possible.

"Bankruptcy powers are not used lightly and have to be authorised by the courts. Councils use them to take on residents who won't pay, not those that can't."