House of Lords opinion in: Stone and Rolls (in Liquidation) v Moore Stephens (a Firm) 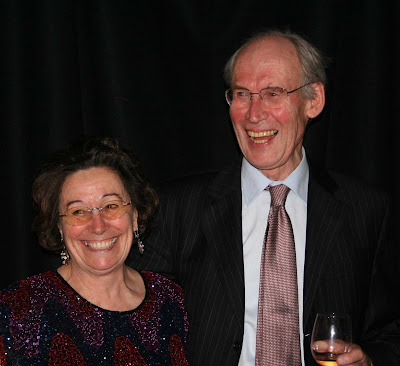 The Times has reported the House of Lords opinion in Stone and Rolls (in Liquidation) v Moore Stephens (a Firm). Lord Walker (pictured)  gave the following opinion:

"A company, exclusively controlled by a single director so as to be primarily liable for frauds committed against third parties, could not bring a claim for damages against its auditors on the basis that they had failed to detect the fraudulent activities, that they were engaged to prevent since any such claim would be based on the company’s own illegal conduct and was accordingly debarred by the defence of ex turpi causa non oritur actio.

The House of Lords so held by a majority, Lord Scott and Lord Mance dissenting, from the Court of Appeal (Lord Justice Mummery, Lord Justice Keene and Lord Justice Rimer) ([2008] 3 WLR 1146), which allowed an appeal by the auditors, Moore Stephens, from the dismissal by Mr Justice Langley ([2007] Bus LR 304) of their application to strike out a claim by Stone and Rolls for damages for failure to protect the company, now in liquidation, from the fraudulent activities carried out through its sole director, Zvonko Stojevic.

LORD PHILLIPS delivered an opinion allowing the appeal of the suditors.

LORD WALKER, concurring in the result, said that the illegality defence, that no one could found a cause of action on his own criminal conduct, was a fundamental principle of public policy: see Holman v Johnson ((1775) 1 Cowp 341, 343).

The test for its application, identified in Tinsley v Milligan ([1994] 1 AC 340, 376) was whether the claimant had to plead or rely on his own illegality.

If Mr Stojevic had carried out his frauds on his own, not through a corporate vehicle, neither he nor his trustee in bankruptcy would have had a claim against the auditors, since the illegality defence would have been unanswerable.

The main dispute centred on whether Mr Stojevic’s criminal acts and intentions were to be imputed to the company. The Court of Appeal were right to hold that the company was primarily, not vicariously, liable for the frauds. There was no doubt that Mr Stojevic was its embodiment for all purposes.

That principle, referred to in the United States as the “adverse interest” exception to the usual rule of imputation, applied, typically, where a corporate victim was the claimant and the defence sought to rely on that victim’s notice, knowledge or complicity.

But there was no reason why the Hampshire Land principle should be limited to claims; it was a general principle of agency which could apply to any issue as to a company’s notice, knowledge or complicity, whether arising as a matter of claim or defence.

Mr Brindle relied on the principle to insulate the company, for the purposes of the ex turpi causa rule, from Mr Stojevic’s fraudulent conduct. Against that Mr Sumption deployed two lines of argument.

The first, rejected by the Court of Appeal, was that the principle did not apply where those with ownership and control of the company were entirely complicit in the fraud so that no single individual connected with the company could be regarded as an innocent party deceived and prejudiced by the fraud.

That was, in American terminology, the “sole actor” exception to the “adverse interest”rule, itself an exception to the ordinary rules of imputation; in England the phrase, one-man company, was sometimes used.

The other line of argument, accepted by the Court of Appeal, was that the Hampshire Land principle did not apply where the victim of the fraud was not the company itself, but a third party. That led to arguments as to whether the company, although not a primary victim, was to be regarded as a secondary victim, and so within the Hampshire Land principle.

The concept of a one-man company was meaningful in the present context, covering cases where there was one single dominant director and shareholder, even if there were other directors and shareholders who were subservient to the dominant personality.

It also covered cases where there were two or more individual directors and shareholders acting closely in concert.

The test was that it was a company which had no individual concerned in its management and ownership other than those who were or, because of their indifference, were to be taken as aware of the fraud or breach of duty with which the court was concerned.

Although the sole actor principle was to be treated with caution, the general reasoning of United States case law was persuasive and in line with the English authorities.

In the case of a one-man company which had deliberately engaged in serious fraud, his Lordship would follow the Royal Brunei case and the American and Canadian authority in imputing awareness of the fraud to the company, applying the sole actor test as the exception to the adverse interest principle.

He would therefore apply the sole actor principle to the context of the present claim. On the assumption that the auditors did owe a duty of care to the company it was owed to the company as a whole, not to individual or prospective shareholders, or current or prospective creditors: see Caparo Industries plc v Dickman ([1990] 2 AC 605).

If the only human embodiment of the company already knew all about its fraudulent activities, there was realistically no protection the auditors could give it.

His Lordship rejected Mr Brindle’s submission that the company was nevertheless a secondary victim. The law made an exception for a company which was a primary victim: it was not fixed with its directors’ fraudulent intentions because it would be unjust to its innocent participators. But if the company was itself primarily liable because of the sole actor rule, there was no innocent participator.

His Lordship would therefore limit his ground of decision to the proposition that one or more individuals who, for fraudulent purposes, ran a one-man company could not obtain an advantage by claiming that the company was not a fraudster, but a secondary victim.

The phrase “the very thing” described the principle that if there was a contractual or tortious duty to prevent harm caused by a third party, the person under that duty might be liable for the loss and could not excuse himself by saying that it was caused by the third party.

That principle was therefore one of causation which could not trump ex turpi causa where the latter applied, however short of merits the defendant might be. He therefore rejected Mr Brindle’s submission that where a company’s fraud was the very thing it was the auditors’ duty to detect and prevent the public policy defence could be excluded.

He also rejected Mr Brindle’s submission that the defence should not bar claims brought by a company in insolvent liquidation where the creditors were innocent parties defrauded by Mr Stojevic.

There was no good reason to apply a different rule. A company in liquidation could not assert any cause of action it could not have asserted before the commencement of its liquidation. That was especially true in the context of the duties of an auditor which were not owed to the company’s creditors.