House of Lords opinion in: Masri v Consolidated Contractors International (UK) Ltd and Others (No 4) 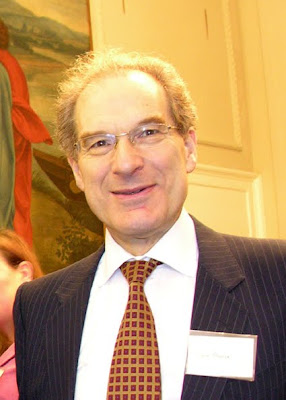 The House of Lords has handed down its opinion in Masri v Consolidated Contractors International (UK) Ltd and Others (No 4). Lord Mance (pictured) gave the following judgment as reported by the Times:

"A judgment creditor who was owed a judgment debt by a foreign company could not obtain an order for examination of an officer of the company who was outside the jurisdiction.

The House of Lords so held when allowing an appeal by Toufic Khoury from the Court of Appeal (Sir Anthony Clarke, Master of the Rolls, Lord Justice Longmore and Lord Justice Lawrence Collins) ([2009] 2 WLR 699) who allowed an appeal by the judgment creditor, Munib Masri, from Master Miller who, on December 20, 2007, set aside a without-notice order, made on July 6, 2007, under rule 71.2 of the Civil Procedure Rules, directing Mr Khoury, who was an officer of the foreign judgment debtor, Consolidated Contractors International (UK) Ltd, to attend court and provide information of his company’s foreign assets.

(i) whether the language of rule 71.2 purported to confer power to order examination of a foreign director of a foreign company;

(ii) whether any such power applied in respect of foreign assets;

(iii) whether, if it did, it was ultra vires the rule-making power;

(iv) whether, if it did, there was any basis under Part 6 of the Civil Procedure Rules for service on Mr Khoury out of the jurisdiction.

With regard to the third issue his Lordship referred to Mr Layton’s central theme that the court lacked extra-territorial power over Mr Khoury and the company’s assets because they were abroad.

His Lordship said that whether and to what extent the presumption against extra-territoriality applied in relation to foreigners outside the jurisdiction depended on who was “within the legislative grasp, or intendment”: see Clark v Oceanic Contractors Inc ([1983 2 AC 130, 152).

The rule-making power in section 1 of the Civil Procedure Act 1997 provided for rules governing High Court practice and procedure, such rules might govern any matters covered by the former Rules of the Supreme Court and modify the rules of evidence as they applied to proceedings in any court within the scope of the rules.

The heads of extra-territorial jurisdiction involved in the former Order 11 of the Rules of the Supreme Court, now Part 6, were not all derived from express statutory provisions nor were they limited to matters covered by specific statutory authority.

Parliament was to be taken as understanding and endorsing the manner in which the power had been understood and exercised over the years. It permitted the extension of the jurisdiction of the English courts over persons abroad to cover new causes of action and situations.

The statutory rule-making power was wide enough in principle to permit the rule-making authority to enact rules relating to the examination of an officer abroad of a company against which a judgment had been given within the jurisdiction.

Referring to the scope of the rule actually made, Mr Rabinowitz argued that it covered judgment debtors anywhere in the world; that it had to be possible to obtain an order for examination of an individual when he was the judgment debtor and service out of the jurisdiction would be possible under rule 6.30(2).

Where the judgment debtor was a company, he argued, there was no reason to limit the concept of “an officer of that body”, against whom an order under rule 71.2 might be made, to an officer within the jurisdiction; the situations of the individual and the corporate debtor ought to be given parallel effect.

His Lordship said that there were basic differences between the two situations: the judgment debtor was already subject to the court’s jurisdiction. But there was nothing in Part 71 to enable the court to summon a third-party witness who might have information about the personal judgment debtor’s assets.

A corporate judgment debtor had a separate legal personality, and was not to be equated with its officers; they might have information about its affairs but they had not submitted to the jurisdiction.

The conjunction in Part 71 of provision for oral examination of a personal judgment debtor, against whom an order might be obtained although he was out of the jurisdiction, with provision for oral examination of officers of a corporate judgment debtor did not support the proposition that an order might be made against the latter when out of the jurisdiction.

Mr Rabinowitz submitted that the key to the scope of Part 71 lay in a recognition of the English court’s jurisdiction over the subject matter of the action, including the judgment, against the company and the close connection between that subject matter and Mr Khoury.

His Lordship accepted the existence of a close connection but considered it to be a factor in construing the relevant rule. The situation was different from In re Seagull Maufacturing Co Ltd ([1993] Ch 345) where public examination in insolvency proceedings was ordered under the Insolvency Act 1986 against a former director living out of the jurisdiction.

By contrast, Part 71 was concerned with obtaining information in aid of enforcement of a private judgment. The public interest that those responsible for the company’s state of affairs should be liable to be subjected to the process of a public investigation was absent, as was the universality of a winding-up order, in that it related at least in theory to all assets wherever situate.

Private civil litigation was different. The parties had no right to ask the court to summon witnesses from abroad so as to ensure they could obtain full information to enable the court to get to the bottom of litigation. While a judgment crystallised rights and established liability, the court was still acting in aid of private rights after judgment.

The historical origin of Part 71 and the extreme informality of the process by which the rules enabled an examination order to be obtained also pointed towards a purely domestic focus. Application might be made without notice, it might be dealt with ministerially by a court officer and would lead to automatic issue of an order.

Part 71 was not conceived with officers abroad in mind and did not contemplate an application and order in relation to an officer outside the jurisdiction. Although it was limited to officers of the judgment debtor company their position was closer to that of ordinary witnesses than to officers of a company being compulsorily wound up by the court.

That conclusion was reinforced by consideration of the position relating to service. His Lordship rejected Mr Salzedo’s submission that an order made against a non-party under Part 71 could be served either under rule 6.30(2) or 6.20(9).

The latter provision applied to enforcement within the jurisdiction and did not trespass outside it. The primary purpose of the former provision was to require leave for service out on a defendant of documents requiring to be served on him during the proceedings where the original claim form required leave.

The wider interpretation adopted by the Court of Appeal was not justified. The scope of the provision had been correctly determined by Mr Justice Tomlinson in Vitol AS v Capri Marine Ltd ([2009] Bus LR 271).