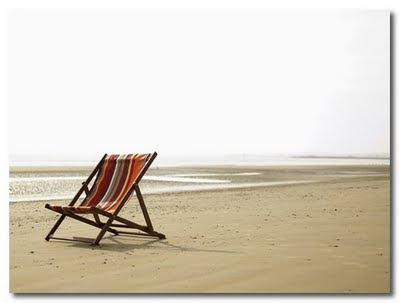 Accountancy Age has published an interesting article on bankruptcy tourism. The story notes:

"Foreign nationals are travelling to the UK as ‘insolvency tourists’ seeking to become bankrupt under English law because procedures in Britain last 12 months instead of up to nine years on the continent.

Experts have seen a surge in enquiries from Germany and France relating to individuals wanting to use UK bankruptcy procedure.

In Germany, companies have even been launched to assist people coming to the UK.

Insolvenz Agentur advertises on its website with the phrase: ‘Get rid of the rest of your debts in England after just 12 months.’

It goes on to say: ‘We are supporting your way out of the debt trap,’ and: ‘After you have got rid of your debts you can decide if you then want to stay.’

Insolvenz assistance relates to helping German nationals demonstrate they have been resident and paid taxes in the UK for at least six months so they can take advantage of the much more lenient bankruptcy conditions.

Marcus Kray, a UK-based consultant at the German assisted bankruptcy business, said: ‘I think it is right what we are doing.’

‘It is much easier and gives people a second chance at life and the ability to get a better job.’

Mark Sands, national head of bankruptcy at Tenon, said: ‘I don’t think the system was designed to allow Germans to come here and bankrupt themselves.’

Neil Smyth, a partner at European law firm Taylor Wessing, said: ‘If you are a permanent resident or work here then fine. But, if you fly in and stay in a place for a few weeks just to get a bankruptcy and have no intention of being a permanent
resident, then that is an abuse of the system.’

The Insolvency Service is monitoring bankruptcy applications from abroad but said it would not be taking any special action.

A spokesman said the service had so far recorded 59 applications where their legitimacy was not clear because of where the bulk of assets were held. Two thirds of those applications were rejected. ‘If figures are as miniscule as they are, it won’t touch the radar,’ the spokesman added.

Kray said up to 85% of Germans decided to stay in the UK post discharge and the average age of his clients is between 43 and 45 years old.

He said his client base had doubled over the last year to more than 100 doctors, dentists and other professions seeking a much shorter bankruptcy process.

Under current English laws, a foreign national generally has to prove their centre of interest (COI) is in the UK for at least three months to succeed in bankruptcy
proceedings.

This means they need to have paid taxes, lived or worked in the UK, as well as have a bank account and doctor.

For the German government to recognise the bankruptcy, a person needs to show six months proof of COI."

mrmicra said…
"Mark Sands, national head of bankruptcy at Tenon, said: ‘I don’t think the system was designed to allow Germans to come here and bankrupt themselves.’"

He is completely wrong the EC commission for enterprise and employment wants UK style bankruptcy laws across Europe. 1346/2000 is designed to force the Germans and the Irish and the Italians to introduce UK style bankruptcies that allow people to get their lives back from the banks.
17 November 2009 at 21:52