Some amusing quotes from Hansard on law and other issues 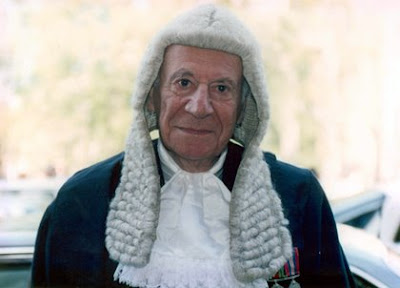 I have been mining Hansard recently for an article I am drafting on discharge in personal insolvency. Whilst at the coal face I have come across a number of amusing asides from some noble Lords that I thought I would share:
Lord Ackner: "My Lords, fellow feeling makes us wondrous wise, and I feel for my noble and learned friend the Lord Chancellor. Many years ago, when I was a judge of the Queen's Bench Division, I was addressed by a highly eccentric Irish litigant in person as, "your worshipful holiness"! Having read much in the newspaper recently about the Lord Chancellor, I can well understand his anxiety at the prospect of early canonisation.
Lord Mishcon: "My Lords, perhaps a very slim cat can express his sympathy to his brethren and sisters in this House who, whenever there is a debate in regard to legal matters, find themselves afflicted by one lawyer after another delivering at times rather obscure speeches.

I am reminded, if your Lordships will permit it, of a famous story about Serjeant Sullivan, who was known, as the Irish representative that he was at the Bar, as being fearless. He was addressing the Court of Appeal on behalf of a workman who had suffered injuries at work. The presiding judge of the court turned to Serjeant Sullivan, "Has your client never heard of the maxim of volenti non fit injuria?"; to which Serjeant Sullivan replied, "My Lord, it is the sole topic of conversation in the little village of Antrim from which my client comes."

Lord Bruce of Donington: "My Lords, I am grateful to the noble Lord for having repeated the 11 th Commandment, "Thou shalt not commit thyself', and for saying that he will have another look at this matter. We shall return to the question; but in the meantime I ask the leave of the House to withdraw the amendment."