New Guidance from BIS on TUPE - A guide to the 2006 TUPE Regulations for employees, employers and representatives 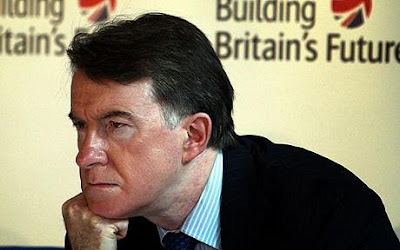 The BBC have reported that there are six potential buyers interested in LDV vans. It is therefore perhaps timely that Lord Mandelson's Department for Business, Innovation and Skills has therefore released new guidance entitled: A guide to the 2006 TUPE  Regulations for employees, employers and representatives. In relation to the specific question of insolvency the document notes:

"Part 6 – The position of insolvent businesses

To assist the rescue of failing businesses, the Regulations make special provision where the transferor employer is subject to insolvency proceedings.

First, the Regulations ensure that some of the transferor’s pre-existing debts to the employees do not pass to the new employer . Those debts concern any obligations to pay the employees statutory redundancy pay or sums representing various debts to them, such as arrears of pay, payment in lieu of notice, holiday pay or a basic award of compensation for unfair dismissal.12 In effect, payment of statutory redundancy pay and the other debts will be met by the Secretary of State through the National Insurance Fund. However, any debts over and above those that can be met in this way will pass across to the new employer.

the transferor, new employer or insolvency practitioner must agree the ‘permitted variation’ with representatives of the employees. Those representatives are determined in much the same way as the representatives who should be consulted in advance of relevant transfers (see Part 5 for more details);

the representatives must be union representatives where an independent trade union is recognised for collective bargaining purposes by the employer in respect of any of the affected employees. Those union representatives and the transferor, new employer or insolvency practitioner are then free to agree variations to contracts, though the speed of their negotiations may be faster than usual in view of pressing circumstances associated with insolvency;

• the new terms and conditions agreed in a ‘permitted variation’ must not breach other statutory entitlements. For example, any agreed pay rates must not be set below the national minimum wage; and

Q. What types of insolvency proceedings are covered by these aspects of the Regulations?

Che Guava said…
The guidance seems to have stepped back from the procedure-specific guidance previously issued by the Department (under its BERR-skin) which is still on the BIS website at http://www.berr.gov.uk/files/file30031.pdf

That guidance stated "The Secretary of State takes the view that regulations 4 and 7 will always apply in relation to a relevant transfer that is made in the context of an administration."

I understand that the appeal of Oakland v Wellswood, where Judge Peter Clark decided that the "rescue culture" took precedence over employee rights, is due to be heard at the end of July.

The LDV employees might be disappointed that the new BIS guidance appears to support the original Oakland decision, by removing the automatic inclusion for administration, and substituting it with a nebulous "proceedings...with a view to the liquidation of [the] assets."
3 July 2009 at 11:53